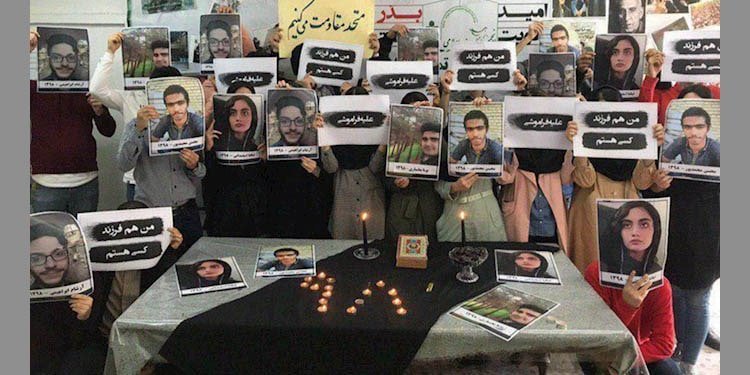 Students of Babol Noshirvani University of Technology inclined to commemorate the 40th day of the martyrs of the November nationwide uprising.

The university students honored them by holding photos of the martyrs during a ceremony. The students of Babol Noshirvani University of Technology, by their own initiative, wrote the number of the year with candles and thereby showed that the memory of the martyrs of the November uprising is alive in all the universities and paid tribute to these martyrs.

In another development on Wednesday, December 25, 2019, students of Shiraz University gathered in the university campus in protest to the expulsion of a student.

Students of Iran University of Science and Technology in Tehran also held a protest on Tuesday, December 24, 2019, and demanded the removal of one of the regime’s clerics under the supervisor of the deputy ministry of culture. This government cleric intimidates the students and pressures the students on various pretexts. To prevent this protest, university security guards locked the building doors on the science and technology students and imprisoned the protesting students. However, the students did not give up and continued their nightly sit-in and demanded the removal of the cleric.