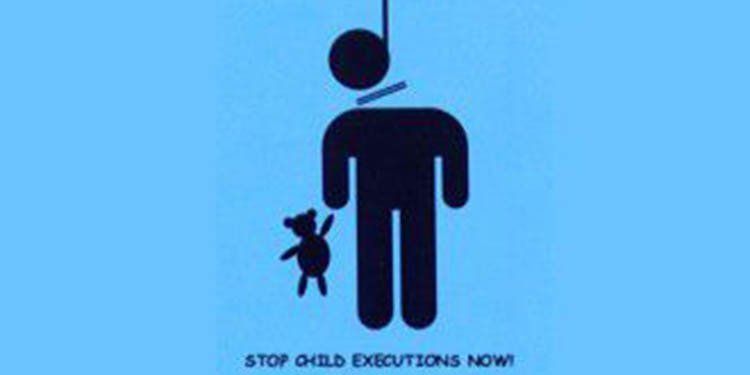 Elimination of death penalty for juveniles under 18 is not on the Iranian regime’s agenda.

On December 25, 2019, the women’s fraction in the Iranian parliament discussed the issue of elimination of death penalty for juveniles under 18 years of age. The Deputy of Legal Affairs of Parliament in the Ministry of Justice confessed to the execution of children under 18 years of age and said, “We are not considering the elimination of death penalty for juveniles!”

“We still face executions of children under the age of 18,” said Tayebeh Siavoshi, who heads the legal committee for the women’s fraction of the Majlis.

Another official, Amiri, admitted to the shocking statistics of these executions and said, “Since 2017 until now, 15 children have been executed, and at present, we have between 6 to 7 cases of children on death row.” (The state-run Khaneh Melat Website – December 25, 2019)

The executions of women and girls under the age of 18 continue in the regime’s prisons. Women victims of executions in Iran are primarily victims of poverty and the mullahs’ misogynist laws regarding early and forced marriages.

Zeinab Sekaanvand was executed on October 2018, in the Central Prison of Urmia. She was only 24 at the time of execution. Zeinab Sekaanvand had been forced into marriage at the age of 15. She lived two painful years, being battered everyday by her husband. She was arrested on the charge of killing him at age 17 and eventually executed in 2018.

The clerical regime in Iran is the world’s top per capita executioner. The Iranian Resistance calls for the abolition of the death penalty, particularly the executions of minors and children under the age of 18.

Ameneh Shahbazifard slain in the Iran Uprising in November 2019