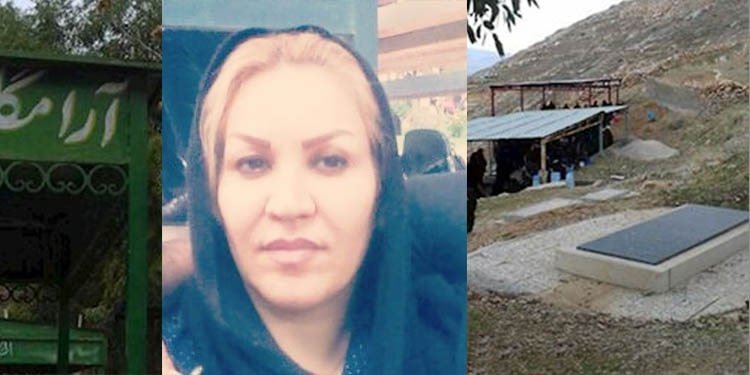 The 40th Day ceremony of Azar Mirzapour and other martyrs of the November uprising were held in different cities of Iran despite heavy security atmosphere and the presence of the IRGC, Bassij and police forces.

At another ceremony in Karaj, in Behesht-e Bibi Sakineh cemetery, security forces attacked and arrested people who had gathered for the ceremony. One woman in the crowd chanted, “Death to dictator.” The courage of the women at the scene was significant despite the regime’s attempt to cause fear among the crowd by bringing a helicopter to the scene.

The exact number of women detained is still not known.

In Shiraz, the family and a group of friends and acquaintances of the martyrs gathered in the Dar-ol-Ramah Cemetery in Sadra township to commemorate the 40th Day ceremony of the martyrs. The security forces attended the ceremony and only allowed the mourning mothers of the martyrs to mourn their loved ones at their graves for just 10 minutes. At the event, all cell phones were taken away and broken to prevent any photos and videos from being taken.

In Isfahan, on December 26, 2019, the families of the martyrs gathered in Yazdanshahr of Isfahan to commemorate the 40th Day of the passing of their children.