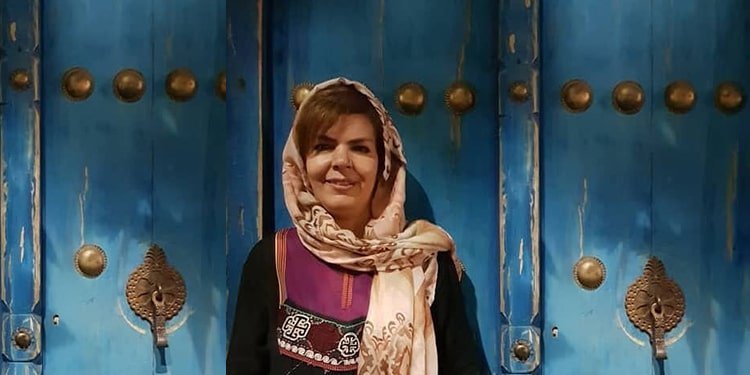 Mrs. Arabshahi is the mother of jailed civil rights activist Yasaman Aryani. She was detained in March after protesting the arrest of her daughter.

“In November, Iranians who were fed up with the crackdown of 2009 and 2018 once again took to the streets to protest the high price of gasoline and the status quo. They came to protest rules that are dependent on a medieval mindset which has led to an economic collapse and political pressure and oppression,” the imprisoned civil rights activist wrote on December 14.

“Unfortunately, the rusty brains of those in power have tied the protests to rioters organized by the US and Israel in order to reserve the right to shoot direct fire at protesters… who showed their protest in the most peaceful way,” Monireh Arabshahi wrote from Evin Prison in Tehran.

“I am at a loss as to how the rulers are autocratically and clumsily steering the country in any direction they please with such ruthlessness,” she wrote.

Monireh Arabshahi cited Khomeini famously telling Iranians “not to be satisfied with minimum” facilities promising to provide a better life to Iranians.

“What should we be satisfied with in life? Our empty tables (without food)? The sad and depressed eyes of the people? Wounded bodies? Impoverished fathers that are ashamed of their families? The lack of freedom of expression? Distraught mothers who lost their loves ones? The dreams of the younger generations that never materialized?”

Monireh Arabshahi accused various factions in the state of lying and cheating to get votes during elections.

She also cited the plight of child laborers who are victims of the regime’s corrupt policies.

“Should we be satisfied with a ruling system that has put human honor, human rights and women rights under the sharp and decadent blade of humiliation and discrimination because of its sexual views and extremist prejudices?!”

“Then answer us this: Why should we be satisfied with you staying in power?” she concluded addressing the regime.

Christian women under repression by the mullahs' regime