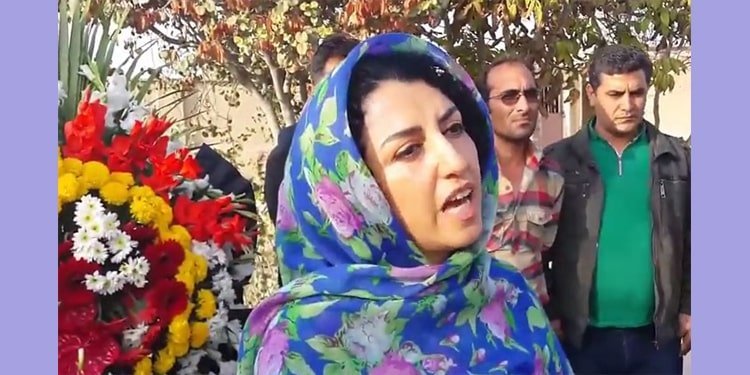 Violence against Nargess Mohammadi brought up in mullahs’ parliament

A member of the mullahs’ parliament brought up the case of violence against Nargess Mohammadi while being transferred by force from Evin Prison to the Prison of Zanjan. She said, “We witness violence against women particularly against political prisoners in prisons.”

After Iran protests in November 2019, Iranian society has become volatile due to the ruthless massacre for defenseless protesters whose number is estimated to be at least 1,500 including 400 women and 17 teenagers. Also due to the wave of arbitrary arrests of civil activists and increasing pressure on political prisoners, some members of the mullahs’ parliament and regime officials try to distance themselves from the murderous leaders of the regime by criticizing their violent conducts.

Soheila Jelodarzadeh, member of the Social Committee of the mullahs’ Parliament from Tehran, acknowledged the pressures imposed on women political prisoners by saying, “We witness violence against women particularly against political prisoners in jails.”

She brought up the case of violence against Nargess Mohammadi who was brutalized on December 25, 2019, before being transferred by force from the women’s ward of Evin Prison to the Prison of Zanjan, adding, “As far as I know, Nargess Mohammadi has her own political view points and does not seek to overthrow the state. So, we should not think that her conditions are very acute.”

She added, “With regards to the incident that happened for Nargess Mohammadi, we have seen many protests. We must talk to her lawyer. Of course, we don’t know if she has any lawyer… But every Iranian is entitled to the due process and a fair trial. Her problems must be heard by a court and the public must be informed.”

Jelodarzadeh, however, failed to say who is going to account for more than 12,000 protesters who have been arbitrarily arrested during Iran protests in November 2019, and are denied access to lawyer and a fair trial. She also did not mention the wounded protesters who are feared to die under torture, and the grieving mothers who are seeking to clarify the identities of those who murdered their children.