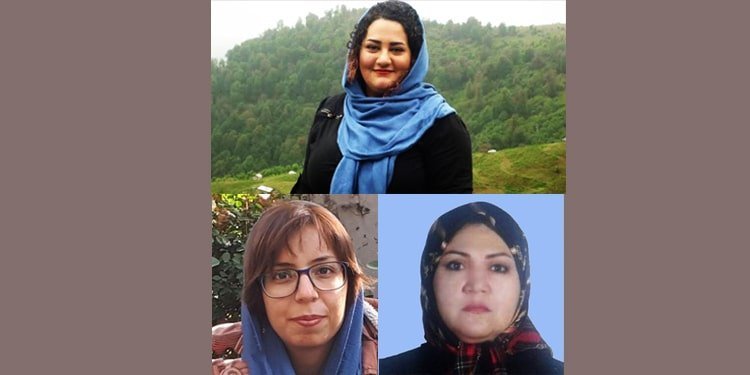 Fatemeh Mossanna has been denied visits with her husband, Hassan Sadeghi, a political prisoner in Gohardasht Prison in Karaj, for 10 months.

Fatemeh Mossanna has only had two visits with her husband since February 2018.  She was imprisoned for two years at age 13 during the 1980’s, and her three brothers have been executed by the mullahs’ regime.

Depriving prisoners of their visiting rights is one of the means of exerting pressure on prisoners.

Atena Daemi, political prisoner detained in Evin Prison, was transferred to the IRGC Intelligence Ward 2A on January 1, 2020.

Her sister, Ensiyeh Daemi, wrote on her Twitter page, “Atena telephoned me at 10:45 p.m. from Ward 2A of the IRGC Intelligence.”

Prior to that, on December 20, the Assistant Prosecutor overseeing political prisoners announced to the Daemi family that there is a possibility of a new case being opened for the children’s rights activist.

On Tuesday, December 31, 2019, one of the women political prisoners in Evin Prison, Soha Mortazaii, was transferred to Qarchak Prison in Varamin while being cuffed and blindfolded under the pretext of being released from the security ward.

Student activist Soha Mortezaii was on a hunger strike to protest her continued detention due to her family’s inability to secure her 500-million-toman bail. In a telephone call to her family on the same day, she had announced that she was on the 10th day of her hunger strike.

Soha Mortezaii is has a master’s degree in political sciences from the University of Tehran. She was arrested by the Ministry of Intelligence during the November protests. She was first beaten in front of the Fatemiyeh dormitory of Tehran University and then kidnapped by security forces.

Names of three women, a young girl among martyrs of Iran protests