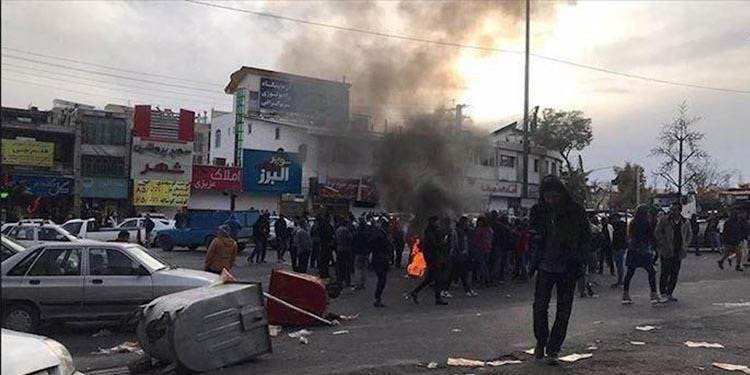 Names of three women, a young girl among martyrs of Iran protests

The names of three women and a young girl were identified among those martyred during Iran protests in November. The Iranian Resistance announced a new list of names of 29 other martyrs of the Iran uprising on January 2, 2020.

These martyrs are from the cities of Tehran, Abadan, Mahshahr, Kermanshah, Isfahan, and Karaj. The names of three women by the names of Zahra Sajedi and Zeinab Asakereh from Abadan, and Mrs. Umm-e Walid from Mahshahr were in this list. A young girl by the name of Chan’ani is also among these martyrs.

The Iranian Resistance has so far announced the identities of 643 of those killed.

Fearing the consequences of its crimes against humanity, the Iranian regime, however, continues to resist domestic and international calls to announce the actual number of martyrs, injured, and detained protesters, and is hiding the extent of the killings.

The regime is pressuring many of those detained under savage torture to appear in televised confessions. Meanwhile, Ebrahim Raisi, the regime’s Judiciary Chief, visited Karaj on Thursday, January 2, 2020, a city where many protesters are imprisoned.

The Iranian Resistance once again calls on the United Nations Secretary General to send a fact-finding mission to visit prisons and prisoners. Silence and inaction will only embolden the ruling mullahs to continue their crimes.

Earlier on December 20, 2019, sixteen UN human rights experts, including Javaid Rehman, the UN special rapporteur on human rights in Iran, called on the Iranian authorities to release all individuals arbitrarily detained and mistreated during recent protests, and expressed concerns over the hundreds of people who have been killed.

“We are shocked at reports of the ill-treatment of those detained during the protests that took place in November 2019, and deeply disturbed that the reported use of excessive force by the Iranian security forces led to an untold number of casualties, including deaths,” the experts said.

“Reports and footage indicate that Iranian security forces not only fired live ammunition at unarmed protesters, but also aimed at their heads and vital organs,” the experts said.