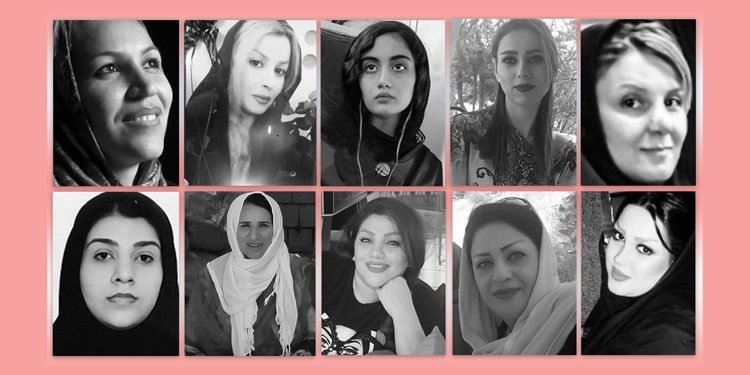 The names of 704 of the 1,500 protesters killed during Iran uprising in November have been announced by the Iranian Resistance.

The Iranian Resistance released a new list of 59 names of those killed by security forces during Iran protests in November 2019. The new list includes the names of 15 women.

The Iranian Resistance has so far announced the names of 704 out of the 1,500 martyrs of the Iran uprising. The names of 15 women included in the new list follow:

Fifty days after the massive protests erupted in Iran and despite domestic and international calls, the clerical regime continues to refrain from announcing the number of those killed, wounded and arrested who are under torture in various prisons to participate in TV shows and make false confessions against their will, to evade consequences of its crimes against humanity.

The majority of those killed in Iran protests were hit directly in the head or chest by revolutionary guards. The bodies of a number of these martyrs have been found in rivers, dams, and abandoned places. Some of them were among those arrested and killed under torture. Some are martyrs whose bodies were kidnapped by IRGC guards from the scene and thrown into water to eliminate traces for their crimes.

Mrs. Maryam Rajavi, the President-elect of the National Council of Resistance of Iran, once again called on the UN Secretary General to dispatch an international fact-finding mission to investigate the conditions of death, injury and arrest of Iran protesters and visit Iranian prisons and those arrested.

The time has come to end impunity for masterminds and perpetrators of these crimes. Khamenei, Rouhani, and other leaders of the regime who have been committing crimes against humanity for 40 years must face justice.