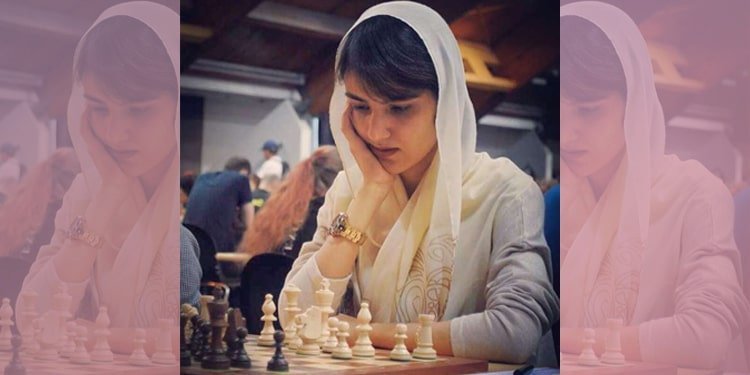 Mitra Hejazipour, the Iranian women’s chess champion was expelled from the national chess team by the mullahs’ Chess Federation on January 2, 2020, for not wearing a veil during the World Chess Championship.

Mehrdad Pahlevanzadeh, the head of the regime’s Chess Federation, told the official ISNA news agency on January 3, 2020, “Hejazipour has not been under the Iranian flag for a year and has not been involved in internal and national team selections for a long time now.”

Pahlevanzadeh pointed out the misogynistic nature of the regime in his last sentences, saying, “Hejazipour has no place in the Iranian national chess team!”

Mitra Hejazipour, born on February 9, 1993 in Mashhad, received the title of Woman Grandmaster (WGM) in 2015. She won the Women’s Chess Championship in Iran in 2012.

Mitra Hejazipour wrote about the compulsory veil on her Instagram page, “These are the most trivial human rights…” Mitra was forced to be removed from her post from criticism by officials in the chess federation. Citing Martin Luther King in another post she wrote, “Our lives begin to end the day we become silent about things that matter.”

Earlier, FIDE Trainer, Dorsa Derakhshani was banned by the Iranian Chess Federation from playing for the Iran national team after she played in the 2017 Gibraltar Chess Festival without wearing a hijab. Derakhshani began to play for the United States of America in 2017.

She was the second Iranian female chess player to win the titles of Woman Grandmaster and International Master in the 87th FIDE Congress.