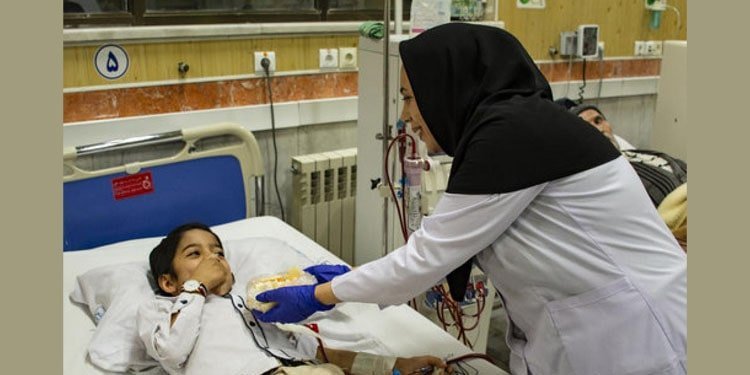 Shortage of nurses – Critical lack of 150,000 nurses in Iran

“There are between 80,000 to 150,000 shortage of nurses in the public and private medical centers, according to various statistics,” the head of the parliamentary health commission, Hossein Ali Shahriari, said.

Shahriari added, “The government does not allow nurses to be hired. Because they do not hire the nursing force inside Iran, nurses have to migrate and work in foreign medical centers.”

However, Heidar Ali Abedi, a member of the Iranian Parliament’s Health Commission said, “There seems to be a shortage of nurses in the country beyond the announced statistics; we receive service from the patient’s accompany because of nurse shortages which is contrary to health law and regulation and there is no such phenomenon anywhere in the world.” (The state-run Arman Meli Website – January 2, 2020)

In Iran, the standard in relation to the number of nurses per patient is lower than international standards. In most European countries there are 10 nurses for 1000 patients. The international average standard is 6 nurses for 1000 patients, and 3 nurses at the minimum, while the secretary general of the regime’s nursing home reported that figure to be one and a half nurses in Iran.

The government official also added, “We need 90,000 nurse forces to meet the international standards, so we can meet the minimum requirements for nursing care provided for patients in hospitals.” (The state-run Mizan News Agency – April 18, 2018)

The comments came as Asghar Dalvandi, the head of the Nursing Organization, announced, “We have 30,000 unemployed nurses!” (The state-run IRNA news agency – October 29, 2019)

The regime’s Minister of Health and Medical Education, Saeed Nemaki, has also pledged to hire 19,000 nurses in the public sector in 2020. But so far, there has been no news of any recruitment tests and the annual recruitment license of 10,000 nurses.

Women porters carrying the burden of livelihood on their backs