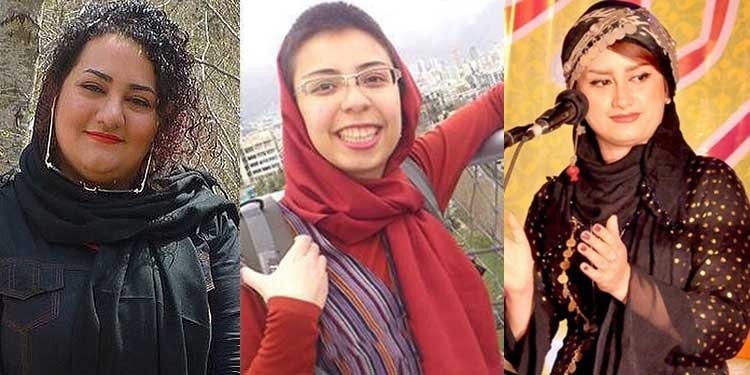 Report on the latest situation of political prisoners - Soha Mortezaii is still on hunger strike.

Parisa Seifi a Kurdish cultural and art activist, was arrested and is under pressure by security forces for forced confessions.

Parisa Seifi, a Kurdish cultural activist who has been held in prison in Sanandaj since November 12, 2019, has only been able to meet her family once for only a few minutes. Security interrogators have banned her from telephone calls for about 15 days now.

The interrogators told the Seifi family that they would only allow them to meet their daughter if they convince her into doing forced confessions.

The cultural activist is being interrogated at the Revolutionary Guards Intelligence Service’s Shahram-Far Detention Center in Sanandaj and is transferred to the Correctional Center at nights. Her imprisonment sentence has been extended three times for 20, 15, and 10 days.

In other news, three women’s rights activists, Forough Samei Nia, Jelveh Javaheri and Mahrokh Rousta, who were detained during the 40th day of the martyrs of the November uprising, are still in uncertain situations. The three women were transferred to Lacan Prison in Rasht after days of detention and interrogation at the IRGC detention center in Rasht. The three female prisoners have so far not been able to visit their families.

In another development, Atena Daemi was returned to the women’s ward of Evin Prison after being interrogated by the IRGC Detention Center in Ward 2A of Evin Prison on January 8, 2020.

Thousands of students in Tehran called for ouster of Ali Khamenei