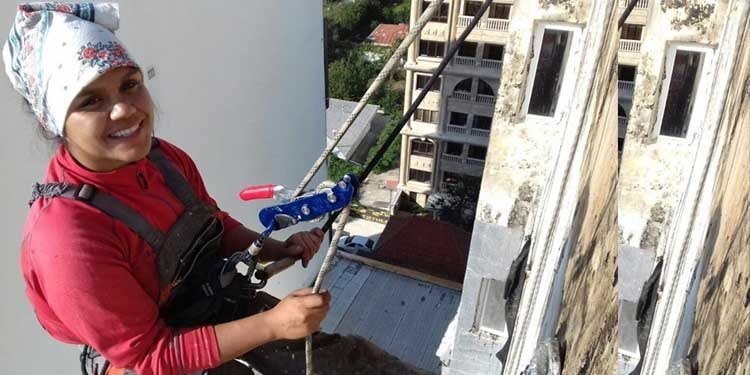 Spokesperson for regime’s judiciary confesses to arrest of 30 people

Shora Fekri, a former student activist was arrested in Amol on Wednesday, January 12, 2020, for attending a memorial service for the Ukrainian plane crash victims.

About 4 days have passed since her arrest, but her whereabouts are still unknown.

Shora Fekri, who holds an MA in economy from University of Mazandaran, is a professional poet and mountain climber. She is one of the few women working in Iran in high altitude and doing various restoration works in Mazandaran province.

In other development, in response to the official ISNA reporter’s question on arrests during the protests over the Ukrainian plane crash, the spokesperson for the clerical regime’s judiciary said, “We do not hold back if there are attempts against security. About 30 people were arrested in this event. The arrests have been made when crimes were witnessed.” (The state-run ISNA news agency – January 14, 2020)

In other news, Maryam Payab, a civil activist from Behbahan, was temporarily released from Sepidar Prison in Ahvaz on January 13, 2020, on a 1 billion toman (87,000 USD) bail until the end of her hearing. This bail is unprecedented even in the ranks of the regime’s judicial extortion of political prisoners. Maryam Payab was shot in the back on November 16, 2019. She was operated on in a hospital in Behbahan, Khuzestan, and released after three days, but was arrested on December 19, 2019, and taken to Sepidar Prison in Ahvaz.

Vida Rabbani, a civil activist, was arrested by security forces at her home on January 15, 2020.