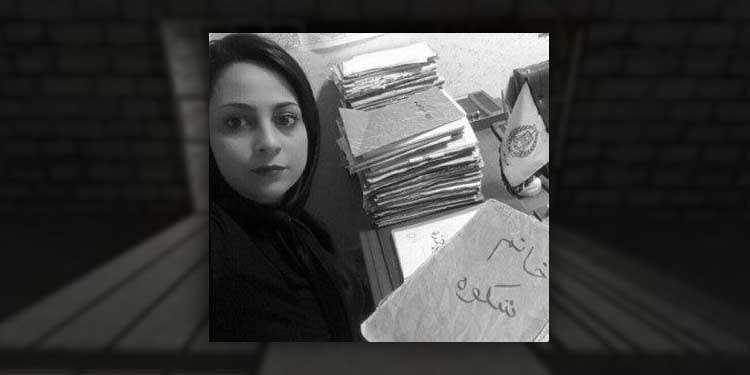 Tuesday, January 28, 2020, prison guards beat up imprisoned lawyer Soheila Hijab and took her out of the women’s ward.

She was transferred out to Taleghani Hospital after being brutalized by prison guards, but was returned to prison without receiving medical care.

The imprisoned lawyer Soheila Hijab is currently kept in Evin Prison’s dispensary. Her fingers are badly hurt and must be operated on, according to the doctor who examined her in Taleghani Hospital.

Addressing the regime’s officials, Ms. Hijab wrote an open letter on January 13, 2020, following the uprisings in Iran in November and January.

In her letter, she pointed to the various events where the people of Iran had lost their lives, including the uprising in November. She said, “I think of Iran as a sore pain in the throat. The pain and suffering of those killed in the November protests, in the overturning of buses, in the plane crash, in the floods in Sistan and Baluchistan, and in thousands of other disasters that occur one after another due to the policies of incompetent rulers, and the lack of scientific preventive measures and advanced equipment. And our noble and patient compatriots have been engulfed in great sorrow and sadness.”

Elite women killed in the IRGC downing of Ukrainian airliner