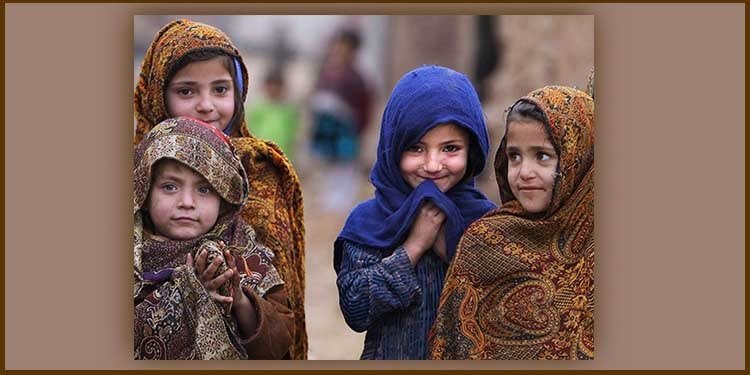 The dropout rate for girls in Sistan and Baluchestan is high, with most girls ending their education by the fifth grade.

Mohammad Reza Vaez Mahdavi, Advisor to the Minister of Education, points to critical needs in the education sector in Sistan and Baluchestan province. He says, “14 percent of children do not attend school. The dropout rate is twice as high for girls than boys. 53 percent of girls drop out before secondary school.”

“The main reason for the high dropout rate is not that families do not want their daughters to be educated; rather, it is because children have limited access to educational facilities. The long distances to schools, especially in Sistan and Baluchestan suburbs such as Zahedan, Zabol, Chabahar, Iranshahr, and Konarak, is a contributing factor to the dropout rate,” Vaez Mahdavi emphasized. (The state-run website Etemad Online – December 9, 2019)

Pouran Esmaili, Director of the Yaran Institute, points out, “The lack of fluency in Persian is one of the main reasons for the high dropout rate among Baluchi children. With great difficulties, they pass the second and third grades, but they start to drop out of school in fourth and fifth grades.”

The dropout rate, especially for girls, has resulted in a prevalence of child marriage. Girls are often forced to marry at the age of 12 or 13 because they have no prospects for professional development and employment.

Even the Ministry of Education acknowledges that 2 percent of the 14 million Iranian students, most of whom are girls, have dropped out of school due to poverty and family problems.

The head of the Remdan village council in the Dashtiari district of Chabahar city, referring to the deprivation in the villages, said, “The villages in Chabahar are full of smart kids, but the girls here study until the fifth grade, then drop out and stay home because there is no secondary school.”

He added that a girls’ secondary school was established this year in the village of Remdan Delmorad, but adequate facilities were not built. Students are forced to study in the dust of the open field because infrastructure such as toilets, water fountains, cooling, and electricity is nonexistent.

“Some families prevent their daughters from studying past the fifth grade because there are no local schools, and commuting to the surrounding villages is not an option,” he said.

Speaking on the conditions of schools in flood-hit areas, the Director-General of Education in the province of Sistan and Baluchestan said, “According to a previous field research, 56 schools in these areas need to be reconstructed. Now, this should be accelerated.”

According to the evaluations provided by the Directorate-General for Renovation, Development, and Equipping of Schools, Sistan and Baluchestan has a total of 18,954 classrooms. Of these, 10,528 require demolition, reconstruction, and reinforcement.

In Sistan and Baluchestan, children have to study in sheds. Pressured by lack of schools and educational facilities, they drop out of school. In the meantime, they have no defense against natural disasters.

In the 21st century, Iranian children in Sistan and Baluchestan, Kurdistan, Azerbaijan, and Gilan are deprived of educational opportunities. They will eventually drop out of school. Ironically, on January 22, 2020, Iran’s Minister of Education announced that the Iranian regime is prepared to start rebuilding Syrian schools.

Dropout rate doubles due to flooding

A school headmaster says, “Schools have been closed for a week. Schools are flooded and teachers have no way to get to the village. We have been talking about bad roads for years; we have been complaining that our villages are on the riverbank with no infrastructure in place to protect against flooding. But nobody listens.”

“The kindergartens in Vanan are flooded; the children’s toys have been washed away and the walls have been torn down,” he says. “I don’t know when our lives will return to normal.” (Baluchi activists’ campaign – January 18, 2020).

Schools made of adobe and mud have been hit by flood and children have become deprived of their minimum elementary education.

The clerical regime has abandoned Iran’s cities and villages; leaving them defenseless against natural disasters while using the nation’s wealth and resources for domestic suppression and for exporting war to the region. The destruction of environment under the rule of the mullahs has aggravated the extent of damages caused by natural disasters. In the meantime, the government does not offer any effective assistance. The national relief system, which is specifically for natural crises and a service requirement in all countries, has no place in mullah-ruled Iran.