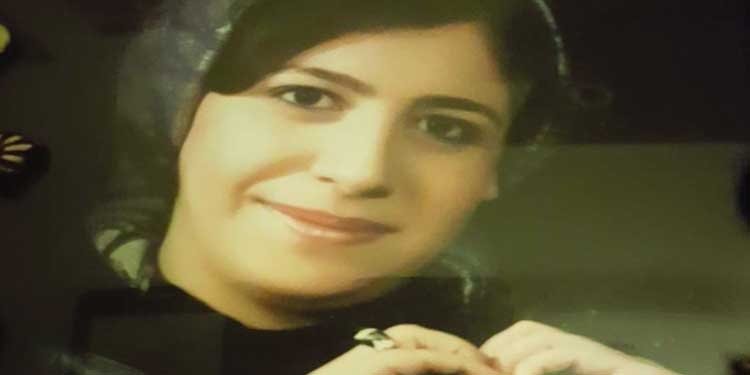 The trial of civil activist Rezvaneh Ahmad Khanbeigi had been held a day earlier on Saturday, February 1, 2020, at the Revolutionary Court of Tehran presided by notorious Judge Amouzadeh to examine the charges leveled against her by the Intelligence Department of the Islamic Revolutionary Guard Corps (IRGC).

For taking part in the protests against fuel price hike in November 2019, civil activist Rezvaneh Ahmad Khanbeigi has been accused of “collusion and association against national and international security” and “propaganda against the state.”

Earlier, civil activist Rezvaneh Ahmad Khanbeigi had been sentenced to 4 years and five months’ imprisonment by Branch 26 of Tehran’s Revolutionary Court presided by Judge Iman Afshari, for “collusion and assembly against national security” and “propaganda against the state.” The verdict was upheld by the Revision Court.

Rezvaneh Ahmad Khanbeigi had been detained in the IRGC Ward 2A in Evin from November 17 to December 12, 2019. Then, she was transferred to the Women’s Ward of Evin Prison.

Born in 1990, Ms. Ahmad Khanbeigi suffers from epilepsy and other nervous illnesses and needs special medications. Her family are concerned about her situation.

Kurdish civil activist Farzaneh Jalali has been sentenced to one year in jail by the Revolutionary Court of Kermanshah on the charge of “propaganda against the state.

” Her trial had was held on November 15, 2019. Ms. Jalali is a graduate of anthropology from the University of Tehran. Despite winning the sixth rank in the post-graduate admission test, she was deprived of continuing her education. Farzaneh Jalali has been active in the fields of children’s rights and women’s rights.

Jhaka Esma’ili, another Kurdish civil activist from Boukan, was also taken to jail to serve her three-month sentence on Wednesday, January 29, 2020.