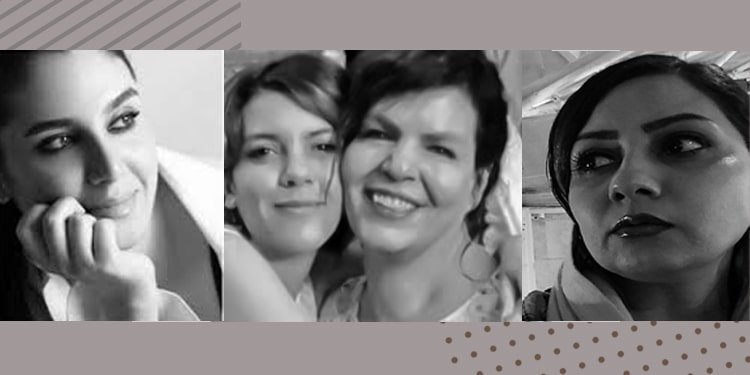 In another news, civil rights activist Narges Mansouri, a member of the Workers Syndicate of Tehran and Suburbs Bus Company, was sentenced to 6 years in prison and two years’ ban on membership in political parties at Tehran’s Revolutionary Court by presided by Judge Iman Afshari.

Narges Mansouri’s salary has been cut off despite more than 25 years of work experience at Tehran’s Bus Company.

Narges Mansouri was arrested on August 11, 2019 and went under interrogation at the IRGC Detention Center.

On the fifth day of her arrest, she went on a hunger strike to protest to the interrogators’ insulting and pressuring her under interrogation, and not allowing her to call her 12-year-old daughter.

She was on a hunger strike from August 16 to September 22, 2019 and ended her strike after being transferred to the women’s ward of Evin Prison.

Narges Mansouri was released from Evin Prison on November 13, on a 500 million toman bail.

A doctor arrested for her religious beliefs

A pharmacist was arrested at her home in the village of Khotbeh Sara in Gilan Province on January 25, 2020.

Firouzeh Shafizadeh, with a Ph.D. in Pharmacology, had many opportunities to work in foreign countries, but moved from Karaj to this village two months ago (November 2019) to work in the countryside and help disadvantaged people.

She was arrested only because of her religious beliefs, and security agents arrested her on charges of “propaganda against the state.”

She has been in jail for more than ten days but has not been allowed to visit her lawyer. The prosecutor has refused to grant her temporary release on bail.

Female detainees strip-searched in the Central Prison of Urmia

Telephones wiretapped to control inmates’ calls to families Agents of the Intelligence Department of Urmia wiretapped the phones in the Central Prison of Urmia. They strip-searched female inmates...