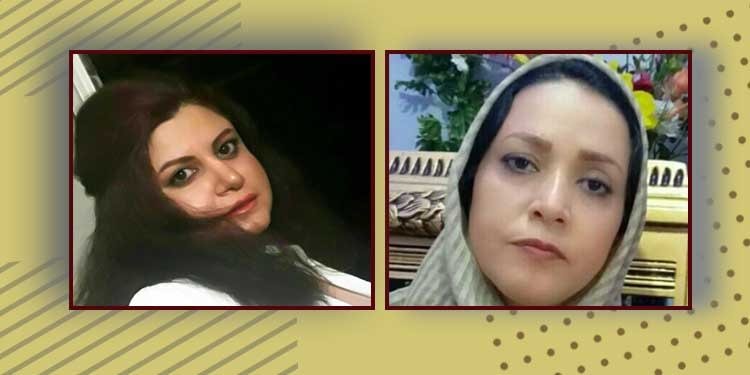 Intelligence agencies in the Evin Prison have prevented granting medical furlough to political prisoner Samaneh Norouz Moradi despite her critical physical condition. At the same time, Zahra Jamali has been also denied medical care despite suffering from several illnesses and severe pain.

Samaneh Norouz Moradi is imprisoned in the women’s ward of Evin Prison. She suffers from joint lupus. Her breasts are infected and she needs to be treated, urgently.

Despite a 330-million-toman bail set to allow her have a medical leave, intelligence agencies in Evin Prison have opposed her request without giving any reasons. Ms. Moradi also suffers from stomach ulcer and other GI complications. Not having access to her medications have aggravated her health.

Samaneh Norouz Moradi was sentenced to 3 years and 9 months in prison by the Revision Court. She has been incarcerated since May 4, 2019 to serve her sentence.

Zahra Jamali who is serving a three-year-and-six-month sentence in Evin, needs urgent medical treatment for her ovarian cyst, a tumor in her heel, and serious pain but she has been denied being dispatched to a medical center.

The judge presiding Branch 26 of the Revolutionary Court of Tehran opposes sending Ms. Jamali for treatment because she made a speech against the regime in the funeral of Alireza Shir Mohammad-Ali, a young political prisoner who was stabbed to death by inmates in the Greater Tehran Penitentiary upon incitement by prison authorities.

Women’s rights activist Monireh Arabshahi who is serving her sentence in the women’s ward of Evin Prison, sent out a letter on February 2, 2020, explaining the pressures imposed on her fellow inmates through depriving them from their much needed medical care.

In parts of her letter, Ms. Arabshahi wrote, “It has been months that Samaneh (Norouz Moradi) has had breast infection… Despite passage of several months, there is no surgeon who could discharge the infection, and so far, the Evin Prison’s dispensary has not taken any action in this regard.”

Ms. Arabshahi also pointed out in her letter, “Evin’s dispensary does not have the minimum medical and pharmaceutical facilities which could be found in any rural medical clinic.”

She said it takes a long time for prison authorities to dispatch ill prisoners out to hospital centers “while it is the prison’s duty to provide medical services and care for the prisoners. Any delay in medical measures, has irreversible adverse impact on the patient’s recovery and health.”

Shortage of Classrooms: A Major Educational Problem in Iran