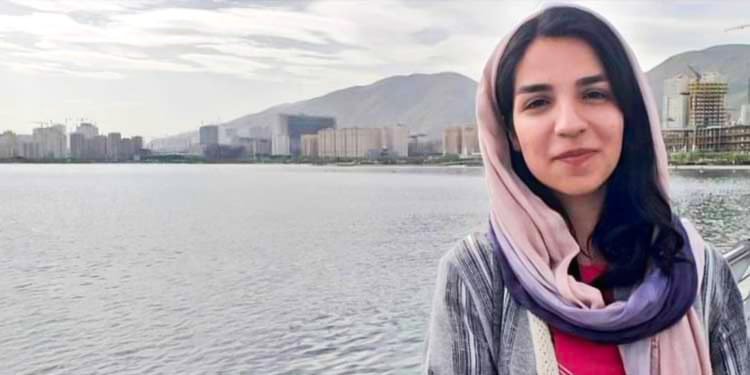 Mary Mohammadi, a political prisoner and Christian convert, was subjected to physical and sexual torture during interrogation.

According to informed sources, Mary Mohammadi was detained on January 12, 2020, and transferred to Tehran’s Vozara Detention Center.

Prior to being interrogated, she was moved to the detention center’s courtyard, where she was forced to sit, in freezing weather, on the asphalt floor in front of the toilets.

She was then questioned by three male interrogators.

Mary Mohammadi was denied food during the first 24 hours of her detention.

In addition to beating her, female prison officers conducted a physical examination. During the examination, the officers forced Mary to remove all her clothing, then repeatedly sit down and stand up. The officers had threatened to strip her forcibly if she did not remove her clothes herself.

On Sunday, January 12, Mary Mohammadi had participated in a rally supporting the families of victims of the Ukrainian plane shot down by the Revolutionary Guards’ missiles. Since the rally, she has been held in Qarchak Prison.

The prosecutor’s office at Evin Prison set Mary Mohammadi’s bail at 30 million tomans; however, the prosecutor denied the bail request.

Earlier in January, Mary Mohammadi had been beaten by a Guidance Patrol in Tehran and sentenced to six months in prison on charges of spreading Christian propaganda.

It is important to note that following the protests in last November and January, the Iranian regime launched a wave of arbitrary arrests of civil rights activists. At least 1,500 people, including 400 women and 17 teenagers, were killed during the November protests.