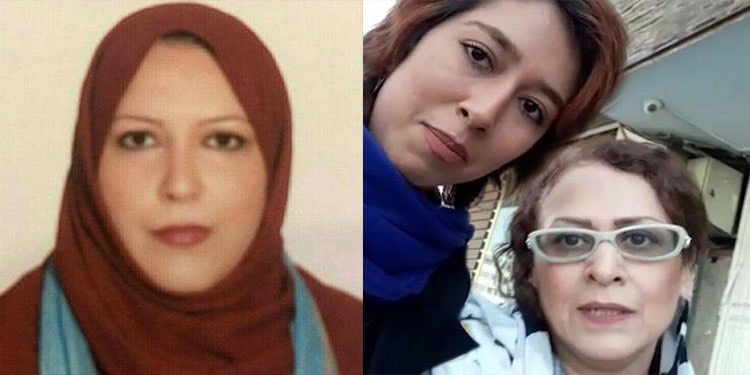 Marjan Davari sentenced to 75 years in prison in Qarchak Prison

Marjan Davari 52-year-old researcher, translator and writer, was sentenced to 75 years in prison by Branch 1 of the Tehran criminal court.

In 2017, Marjan Davari’s case was referred to the Supreme Court after receiving the death sentence. Ms. Davari is accused of translating books on mysticism and metaphysics, as well as teaching at the Institute of Rahe Marefat (The Way of Knowledge), on corruption on earth, and on assembly and collusion against the system. Marjan Davari was arrested on September 24, 2015 at her father’s home in Mehrshahr, Karaj, and transferred to Ward 209 of Evin Prison. She was held in solitary confinement for more than three months and was interrogated without access to a lawyer. Following the interrogation, Ms. Davari was transferred to the Women’s Ward of Evin Prison on January 3, 2016 and transferred to Qarchak Prison in Varamin on February 2017.

On Saturday, February 15, 2020, Raheleh Ahmadi, a civil rights activist and mother of Saba Kord Afshari, was arrested and taken to Evin Prison after being tried at Branch 3 of the Prosecutor’s Office in Tehran. Ms. Ahmadi was previously sentenced to 4 years and two months in prison by the Tehran court.

Saba Kord Afshari, a civil rights activist and daughter of Raheleh Ahmadi, has also been held in Evin Prison since June 2019 and is serving her sentence in the women’s ward of Evin Prison.

In other news, journalist and civil activist Sareh Mihmani was arrested by security forces. Sareh Mihmani and her son were arrested at their house and then transferred to Evin Prison. Sareh Mihmani has been teaching English in Gorgan for the past 30 years. Her husband was also sentenced to 18 months’ imprisonment in 2010, after the 2009 protests.