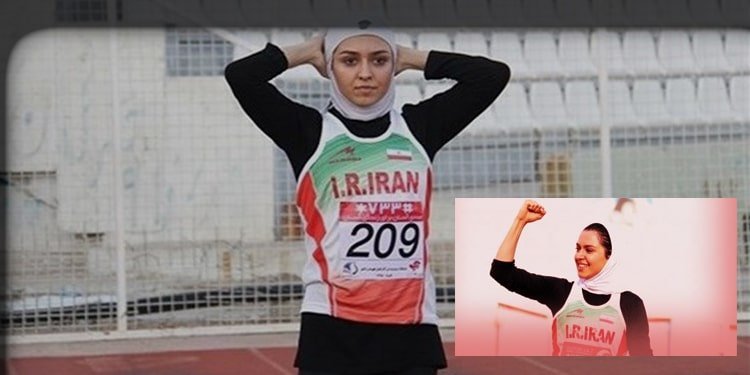 Problems of female athletes and women's entry to stadiums in Iran

The Athletics Federation invalidated the record for the fastest female Iranian runner in track and field. The tournament was held in Istanbul.

Farzaneh Fasihi also broke her previous record of the 60 meters indoor Track and Field Championships with 7.25 seconds. This female sprinter was able to reach this position at her own personal expense. But the regime’s Athletics Federation called on Turkey to declare Fasihi’s new record null and void.

Women’s problems in the football and futsal leagues The head coach of the women’s futsal team in Kerman, Saedeh Iranmanesh said, “The lack of television broadcasts makes the mistakes of the refereeing not to be seen and said and because of not accepting criticism in women’s futsal we are denied the slightest word.” (The state-run IRNA news agency – February 18, 2020)

The girls’ futsal coach has been suspended by the disciplinary committee from accompanying the futsal team for allegedly insulting and publishing false statements against a referee and must pay a fine of 10 million tomans.

Saedeh Iranmanesh explained that all the head coaches of the teams are unhappy with the referees’ judgment this season. In 2 games we witnessed a referee who had never whistled in the Premier League! When men’s futsal is televised and has an audience it is sure to be on a higher level, the flaws are seen and told. There is no law and order and planning in the women’s futsal league. Lack of television broadcasting and criticism impede the growth of women’s futsal.

Women’s entry to stadiums in Iran

In a new letter, FIFA stressed that the Football Federation of Iran should provide relevant facilities for women to attend three forthcoming major soccer events in the country. In the FIFA letter 3 sections are pointed out:

２. Women should be able to enter stadiums in matches played by Iranian teams in the AFC Champions League.

３. Provide conditions for women to watch their favorite team in the national league at stadiums from June.