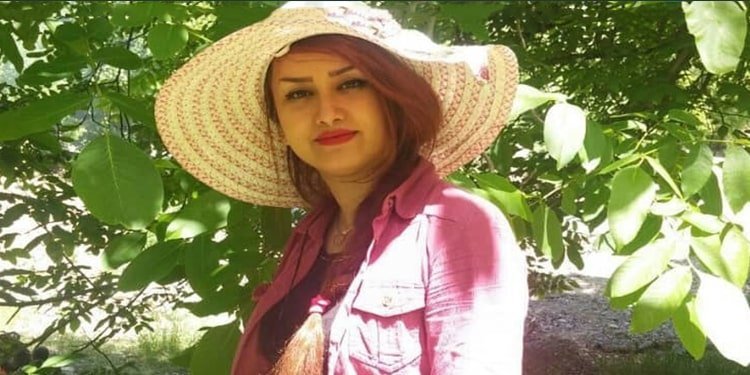 Parisa Seifi  cultural activist from Kamyaran who was arrested during the November protests in Sanandaj, was taken to a health center due to critical health conditions while on hunger strike.

She was taken to the hospital because she had hematemesis (the vomiting of blood) but refused intravenous therapy because she would continue her strike despite the deterioration of her health.

During her transfer to Tohid Hospital in Sanandaj, more than 20 security personnel were with her. Security forces threatened all the hospital’s medical staff that this news must not be leaked to the media.

Parisa Seifi has been on a hunger strike since February 8, 2020 in protest to the continued uncertainty about her situation and the pressure by security forces for forces confessions.

Earlier, her family, who met her in court, were informed that she was in poor health conditions because of her hunger strike. Parisa’s case has been transferred to the Sanandaj court for a period of 4 weeks but the judge postponed her trial. The last time the hearing was postponed was because the judge refused to attend the trial.

She was arrested on November 12, 2020, by security forces (IRGC) in Sanandaj. She was a graphic design graduate.

Regarding the arrests of civil activists, a report by Javaid Rehman, United Nations Special Rapporteur for Human Rights in Iran shows that half of the political prisoners detained on charges of acting against national security in Iran are Kurdish. According to this report, during the first eight months of 2019, more than 352 Kurdish citizens were detained by the regime’s security forces.

In another development, the Appeals Court in Tehran confirmed the sentence of civil activist Raha Ahmadi. Raha Ahmadi was sentenced to two years in prison on charges of assembly and collusion.