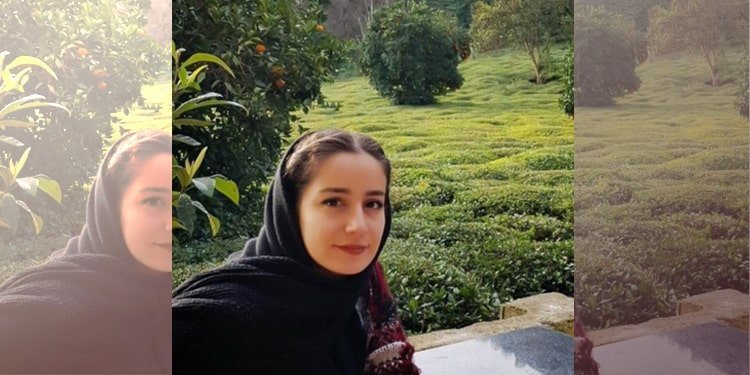 Narges Khanalizadeh, 25 and a nurse, died at Milad Hospital of Lahijan on Tuesday, February 25, 2020 due to Corona infection. The tests of two women who died in Saveh were also positive.

One of the authorities of Milad Hospital said Narges Khanalizadeh had died due to flu, but she had died due to Corona infection and lack of the necessary equipment for physicians and nurses in the hospital. (The state-run Fars news agency – February 25, 2020)

On the deaths of the two other women, the president of the Medical Sciences University of Saveh, Abbas Nikravesh, told the state-run ISNA news agency that the first case belonged to an 82-year-old woman who had a heart condition, kidney condition and a chronic blood disease. She had referred to Modarress Hospital with acute respiratory symptoms and fever, and died after one day.

The second case was an 87-year-odl woman who had heart, lung, liver and kidney problems. She also referred to Chamran Hospital with acute respiratory problems. She died after two days of being hospitalized. (The state-run ISNA news agency – February 25, 2020)

One of the students of Khajeh Nasir University of Tehran has also contracted the virus and is currently quarantined. (The state-run ISNA news agency – February 25, 2020)

Local sources in Karaj reported of the death of a young woman, 17, due to Corona infection. Two others died in Khorramabad, one in Kermanshah, and seven in Gilan Province. 18 persons have died due to Corona infection in various hospitals in Isfahan. Eight people have contracted the disease in Kashan and one has died.

The head of the Medical Sciences University of Neyshabour said on Monday, February 24, 2020 that a 70-year-old patient had died in that city due to Corona infection. (The state-run ILNA news agency – February 24, 2020)

The highest death toll after China Iran has the highest death toll due to Corona infection after China.

In less than 24 hours, the number of provinces affected by the virus increased from 7 to 13. Health Ministry officials say 916 persons have been identified as suspected of carrying the virus. The Minister of Health, Kianoush Jahanpour, said 95 persons have tested positive and 15 have so far died in Iran. (the official IRNA news agency – February 25, 2020)

This is while Ahmad Amirabadi Farahani, member of parliament from Qom and member of the board of directors of the parliament, disclosed on Monday, February 24, 2020 that at least 50 persons had died in recent weeks in Qom due to infection with the Coronavirus, Covid-19. (The state-run ILNA news agency – February 24, 2020)

The trip by a delegation from the World Health Organization who were supposed to arrive in Tehran on Tuesday, February 25, 2020 was postponed. The WHO observer teams visit all countries to make sure they have all the necessary facilities to fight the spread of the Coronavirus.

The regime’s concealment and lack of transparency on the spread of the Coronavirus and the officials’ failure to provide the necessary equipment, masks and disinfectants has outraged the public.

In Talesh, hundreds of youths held a protest and clashed with the State Security Force.

Students of the Velayat University of Iranshahr also protested the arrival of two mullahs in their city.

In Bushehr, students of the Persian Gulf University held a gathering and called for the shutdown of their school.

Le Monde wrote, “Obvious mismanagement of the Coronavirus crisis by a regime which has been largely discredited among their people in recent months, has been a major contributor to a new crisis with regards to the people’s lack of trust in Iran.”