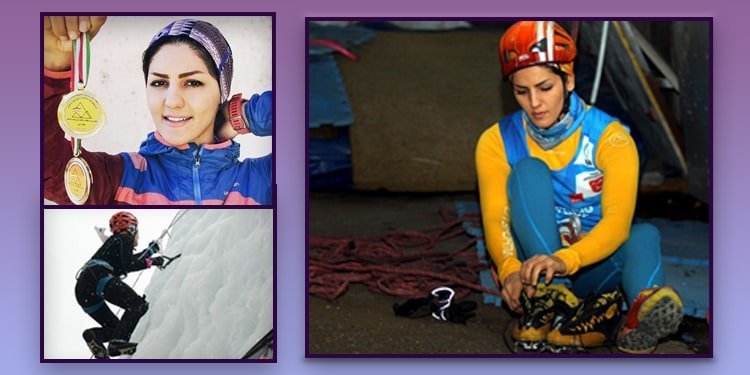 The Sports Federation of Iran has framed Iranian female ice climber, Zeinab Kobra Mosavi, forcing her to part with her profession in the championships.

The Iranian ice climber pointed to the obstacles she faced, including her lack of support from the Sports Federation of Iran and its gendered and masculine viewpoints.

Regarding her departure, Mosavi said that the lack of support from the Iran Mountaineering and Sport Climbing Federation, the lack of a dedicated gym for the sport, as well as the federation’s efforts to prevent her independent trips to international competitions are the most important factors of parting from her profession.

Zeinab Kobra Mosavi said, “I started 2020 with a lot of energy and hope to be the first Iranian woman to embark on the global ice climbing platform. There were only two other contests and tournaments left for me to reach the global level, but the federation did not allow me to leave. They didn’t even let me go to the tournament independently. All the times and days I spent practicing without a coach was in vain.”

This ice climber described the latest attempt by the Sports Federation to remove her and said, “They invited me to the federation, and I found out that they had filed a disciplinary case for me. I think there’s nothing worse than filing a case for a professional athlete.”

Zeinab Kobra Mosavi, began gymnastics when she was 6-years old. She completed her studies in theology and began ice climbing professionally.

In recent months, athletes such as Iranian chess Grandmaster, Mitra Hejazipour; Kimia Alizadeh, the first Taekwondo Olympic medalist; Iranian female boxer, Sadaf Khadem; and Dorsa Derakhshani, chess Grandmaster and International Master, have been forced into leave Iran because of the misogynistic policies of the mullahs’ regime in Iran.