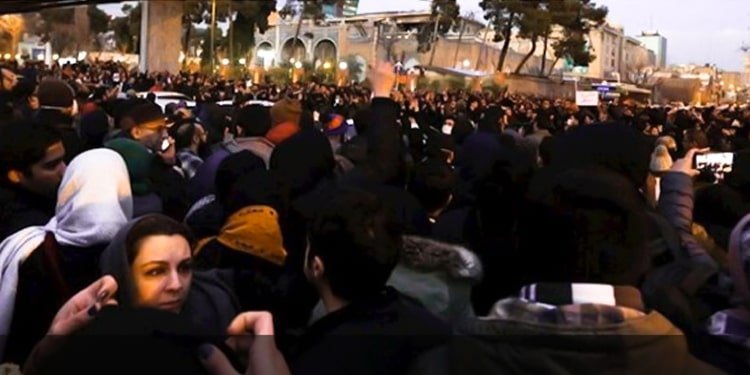 The Iranian Resistance released the names of 31 more protesters killed during Iran protests in November 2019. Among these names is the name of a woman, Vina Houshangi from Javanroud.

There is also a three-year-old girl child named Hosna Bameri among the 31 martyrs. Hosna was shot and killed when she was in her mother’s arms.

This brings the number of protesters identified as being killed during the November protests to 755.

The Iranian Resistance declared on December 15, 2019 that the number of protesters killed in the protests in November 2019 exceeded 1,500.

The Iranian regime continues to refuse to announce the number of martyrs.

In a press conference on February 16, 2020, Rouhani said, “The Coroner’s Office has the figures… They can announce it…. There’s no problem with that.”

On February 17, 2020, the Head of the Coroner’s Office responded, “The ratifications of the National Security Council, which is a subsidiary of the Government and is headed by the Interior Minister, have specified as to who must announce the figures… The Government must announce them… We have told the relevant authorities and have no duty to publicly announce them…. You can get all the information from the Interior Minister.”

The Iranian Resistance again calls on the United Nations Secretary-General to dispatch a fact-finding mission to Iran to investigate the status of those killed and wounded and visit the prisons and those arrested.

New sentences for those arrested during Iran protests in November 2019

Maryam Alishahi and her son were sentenced to a total of 15 years in prison for participating in Iran protests in November 2019. She is currently held in the Qarchak Prison of Varamin where she was informed of her sentence of 9 years.