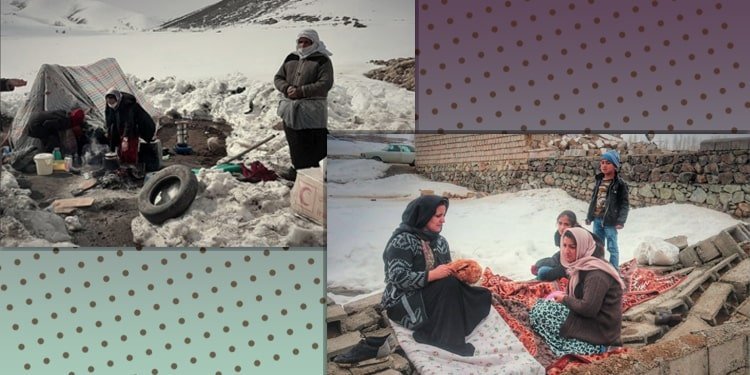 Earthquake-stricken women have been left without tents in the cold winter months in villages of West Azarbaijan Province. Instead of helping the people, the IRGC extorted 35,000 tomans for one tent a night.

Earthquake-stricken women in rural areas have so far received no help from the Red Crescent or other government agencies. Local sources reported, “The Revolutionary Guards are fishing in troubled waters, suggesting that earthquake-stricken people in the villages have to pay 35,000 tomans a night for a tent.”

According to local sources, “The Red Crescent has handed over 400 tents to the municipality and 300 to another institution, but these institutions have not yet provided any tents to the earthquake victims.”

Rural women, along with other villagers, went to Qotur (a township in Khoy County, West Azerbaijan Province) and rallied in protest against the government’s failure to support the people.

In the sub-zero temperatures, rural women have built shelters with the plastic they have collected, but the situation is unbearable for women, children and the elderly. Currently, their lives are in serious danger.

The livestock of the residents of the earthquake-stricken villages are on the verge of being destroyed. Considering that the main business of these areas is animal husbandry, this situation has hit the residents’ economy hard.

More than a week after the earthquake, only the public aid has reached the earthquake-stricken people, which has not solved the problem at all.

On February 23, 2020, an earthquake at a magnitude of 5.7 degrees on the Richter scale shook the Qotur District and its surrounding regions. The earthquake left more than 100 residents wounded, residential homes destroyed, and about 3,500 families homeless in Qotur and 40 surrounding villages.

Earthquake-stricken women in rural areas in particular need hygiene and health care for themselves and their children. Food does not reach them. The earthquake-stricken areas are among the most deprived areas of West Azerbaijan and remain in ruins.

According to media reports, more than 30 earthquakes have occurred in Qotur and Salmas in the past month. 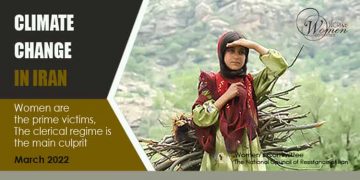