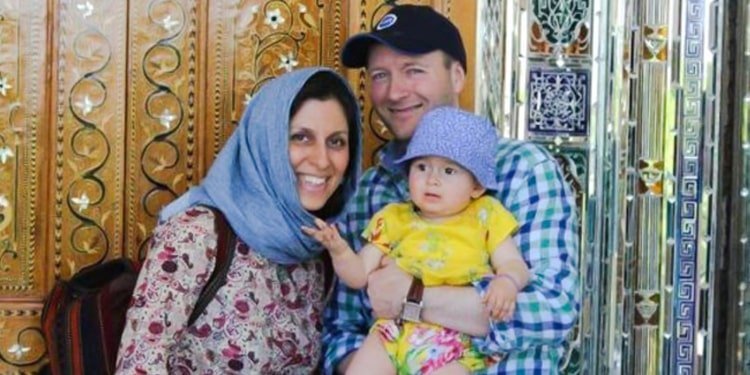 Nazanin Zaghari, British-Iranian woman detained in Evin Prison, is suspected to have the coronavirus, along with several other inmates in prison.

Zaghari’s husband, Richard Ratcliffe said that after a telephone call with Nazanin Zaghari she told him she believes she has contracted coronavirus in Evin Prison. Nazanin called her family on Saturday, February 29, 2020 and said, “I am not good. I feel very bad in fact.” Nazanin Zaghari said that she has been sick for “all week” and describes her symptoms as those reported of the coronavirus such as a severely sore throat, high fever, and difficulty breathing. She said that they are in desperate need of medication and no coronavirus tests have been performed on us, and prison officials are refusing to test to see whether she is infected with coronavirus.

The case comes while other prisoners’ families have expressed concern about the lives of their children in Evin Prison and have asked government officials to grant at least temporary leave for political prisoners, but their requests have so far been rejected.

Atena Daemi’s father has said earlier that he is very concerned over the health of his daughter.

The Iranian resistance announced on Sunday, March 1, 2020, that as of 8:00 pm local time, the death toll from Coronavirus has exceeded 650.

The clerical regime continues to cover up the extent of the disaster through concealment and misinformation, causing the rapid spread of the virus. On the other hand, preventive medical resources are essentially in the possession of the Revolutionary Guards (IRGC) and regime officials. Ordinary patients are deprived of many basic necessities.

According to recent reports, some 150 victims in Tehran, 46 in Isfahan, 23 in Gilan, 18 in Lorestan and 45 in Kermanshah provinces have died So far. Additionally, 14 in Mashhad, 11 in Sorkh Hesar and at least 150 in Qom have also lost their lives. In other cities, including Ahvaz, Karaj, Andimeshk, Iranshahr, Bandar Abbas, Saqqez, Orumiyeh, Ilam, Tabriz, Saveh, Arak, Yasuj, Hamedan, Neyshabour, Semnan, Yazd, Qazvin, and Kashmar anywhere from one to several people have died.