On the eve of the International Women’s Day, Iranian women in Stockholm, Sweden held a gathering on February 29, 2020. The meeting entitled, “Women Force for Change and Progress,” featured a speech by Ms. Sarvnaz Chitsaz, Chairwoman of the Women’s Committee of the National Council of Resistance of Iran. Following is the text of Ms. Chitsaz’s speech to this gathering which focused on the role of Iranian women in the struggle to free Iran:

I am delighted to be here today, in your gathering, in the gathering of my sisters.

On the eve of the International Women’s Day, I would like to offer my congratulations to you and to all my sisters in Iran and around the world.

Everywhere, women gather together on the International Women’s Day and renew their pledge to advance the cause of gender equality.

In these gatherings, we remember women who have endeavored and struggled in this path for gender equality, and even gave their lives to light up the road ahead of us.

In my country, however, the situation is different. Young women of Iran have been fighting not only for gender equality, but also for their own and their people’s freedom and most basic rights for 40 years against the mullahs’ theocratic regime. 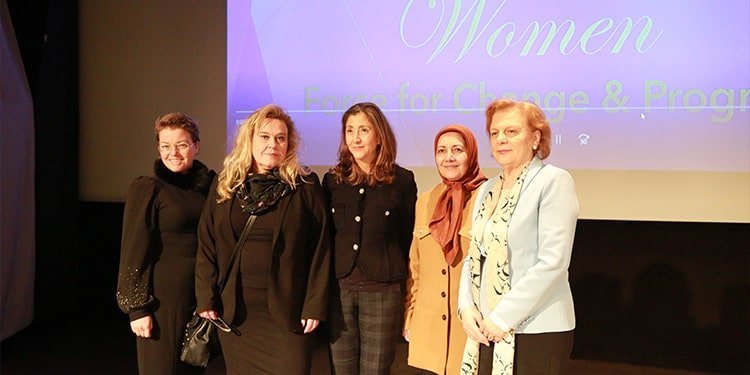 Role of Iranian women in struggle against the clerical regime

During the nationwide protests last November, more than 1,500 people were killed including many women and girls even under 18 years of age. Many young women and girls were arrested during the protests and are detained under torture, but no information is available on their fate.

I am proud to speak of an enlightened, tireless and hopeful generation who has not given in to the ruling regime but waged a relentless battle that is still going on.

These young women bravely rose up again in January and shook the pillars of the clerical regime with chants of “death to Khamenei,” “death to the dictator,” and “death to the oppressor whether it is a king or a mullah.”

Tens of thousands of women from the PMOI/MEK and other organizations have been arrested over the past 40 years. They were either executed or killed under vicious torture. Heroic young women such as Fatemeh Mesbah who was only 13, Homeira Eshraq, Sorayya Abolfat’hi, Simin Hojabr, and thousands of women and girls. We salute and hail all of them.

The women and girls who protest in the streets today, those who are members of Resistance Units in Iran and are already playing a leading role in many of the uprisings, they are continuing the path of these dignified martyrs. 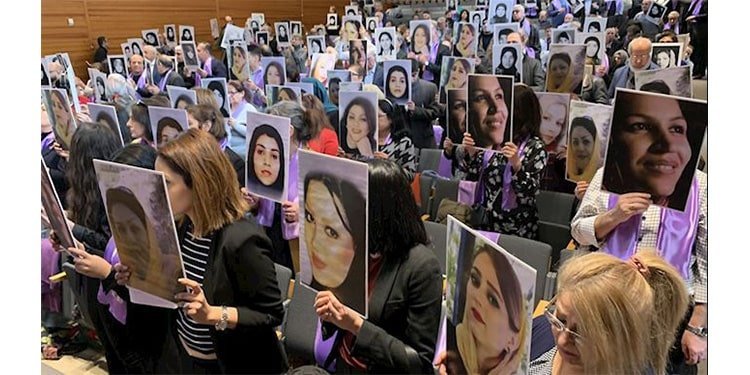 Therefore, when everywhere is gloomy and dark and there is no trace of light, when lies and deception overturn the truth; when every voice demanding freedom is gunned down and stifled; when everyone around you says it is impossible for you to achieve your goal and you must not take risks; this is when the motto of “one can and must” creates confidence to move ahead. This is the secret of shattering the spell of doubts and disabilities.

This is how Iran’s combatant women, particularly the PMOI trailblazers, have opened the way in this formidable battle.

When women join with this motto and this resolve, when they hold hands and become united, they can make possible everything that initially seems impossible.

So, on the eve of the International Women’s Day, it is fitting to pay homage to the women of Iran who have revolted against the mullahs’ religious fascism and misogyny, to realize freedom and gender equality.

Certainly, the people of Iran, with women at the forefront, will conquer this medieval regime. The defeat of this misogynistic regime is not only the victory of the Iranian people and women, but the triumph of all women in the Middle East.

On that day, the light of freedom and equality will shine on the world and particularly on the Middle East. If we closely look at what this belligerent and terrorist regime is doing in Iraq, Syria, Lebanon, Yemen and all around the world, we can see tomorrow’s bright prospect brought about by the uprisings and struggle of the Iranian people.

This prospect is an Iran where women can enjoy their equal freedoms and basic rights, their political, social and economic equality, their equality in the family, their freedom to choose their own clothing, and their individual freedoms.

They will also enjoy equal role in political leadership of society which guarantees women’s access to their other rights in the political, social and economic arenas.

My fellow countrywomen face such a bright prospect.

The Iranian Resistance has paid a high price for freedom and equality. More than 120,000 of the best children of Iran have been executed by the mullahs’ religious dictatorship.

From the mullahs’ viewpoint, the first crime of the Iranian Resistance and the Mojahedin (PMOI/MEK) is their commitment to the cause of freedom.

In addition, in the mullahs’ religion, the PMOI and the Iranian Resistance have committed another great sin in believing that Iranian women deserve to lead the struggle against the clerical regime and to play a decisive role in leading the society in tomorrow’s democratic Iran.

This is our hope and we will realize it.

Women of Iranian Resistance at IAWJ conference in Argentina

Praising the work of nurses, medical staff in Iran on World Health Day