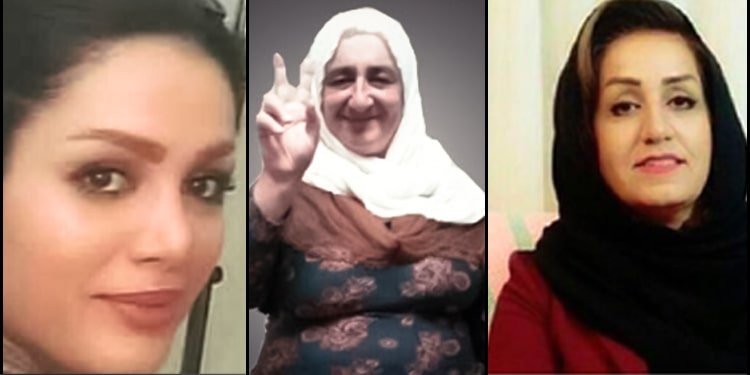 Sepideh Farhan, a civil rights activist who is incarcerated in Evin Prison, is in poor physical condition due to leg pain and is unable to walk.

Sepideh Farhan was taken to the prison clinic and eventually hospitalized because of severe leg pain. But on Monday, March 2, 2020, during a call outside the prison, she said she was not even able to walk. Regarding the lack of attention from prison authorities she said that she was taken to the prison clinic and eventually to a hospital with delay. After an x-ray, she was told to use a splint. Her mother provided a splint and brought it to prison. At the moment, she is unable to walk even with a splint.

Civil rights activist, Sepideh Farhan was arrested by security forces during the uprising in late December 2017 and January 2018 and is serving her sentence in Evin Prison. Sepideh Farhan was sentenced to 6 years in prison and 74 lashes by Branch 36 of Tehran’s Court of Appeal. On January 1, 2020, she was detained and transferred to Evin Prison to serve her sentence.

In other news, Zeinab Esmaili, a member of the Kurdish Mothers for Peace organization, was arrested in Dehgolan on February 27, 2020, and transferred to the Intelligence Bureau Detention Center in Sanandaj. She has so far not been allowed to have calls or visits with her family. This mother, known as Daye Zeinab, suffers from gastrointestinal diseases, especially the stomach, and must take her medications on time. In the past few days, her family has repeatedly tried to supply Daye Zeinab’s medicine to the Intelligence Bureau in Sanandaj, but the security forces have refused to take them.

Daye Zeinab is currently in solitary confinement and denied the right to call, visit and take her medication.

In other news, Azam Dideban was arrested on Thursday, February 27, 2020, after the security forces raided her home in Mashhad. Previously, Azam Dideban had been arrested on November 5, 2018, in the protest gathering outside the Ibn-e Sina Hospital of Mashhad, demanding the release of teacher activist Hashem Khastar who was arrested by the State Security Force.