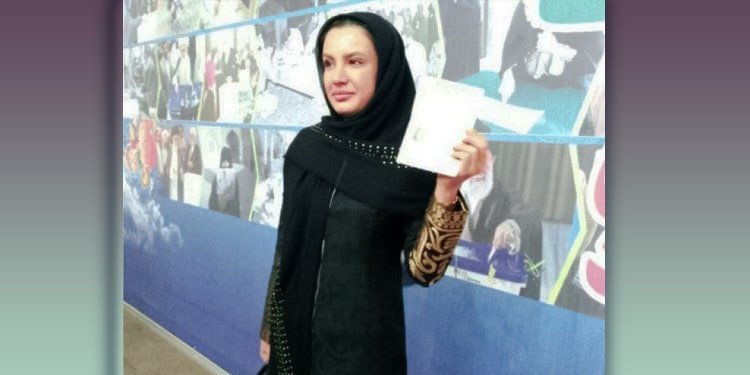 Maryam Ebrahimvand, a cinema director who is being held in an undetermined state in Qarchak Prison in Varamin since July 2018, wrote a letter protesting her uncertain status in prison.

Writing about the IRGC’s contrives, Maryam Ebrahimvand stated, “What needs to be followed up more than my two years of uncertainty and the confiscation of my assets is that I have been arrested and detained without providing evidence and by being framed by the IRGC.”

Regarding her uncertain situation in prison, the writer and cinema director also wrote, “I was arrested at my workplace for the first time in 2016 and was in solitary confinement in ward 2A of the IRGC detention center for 35 days. In September 2016, I was temporarily released from ward 2A of the IRGC detention center on 300 million tomans bail. After my release, I was confronted by several private investors who had been contacted by the IRGC and provoked into initiating a complaint and previously had a contract with me to participate in creating a film.

“The IRGC interrogators were contacting all of my previous investors and pressuring them to file a complaint against me for fraud. The complaint was prosecuted at Branch 4 of the Prosecutor’s Office of Culture and Media.

“From September 2016 to July 2018, while I was released on bail, all my legal possessions and licenses were confiscated by the IRGC and I summoned and interrogated twice in Tehran. On July 2018, I was arrested and after 30 days I was issued a 10 million tomans bail and I was transferred to Qarchak Prison in Varamin. I have repeatedly objected to the high bail, which has been also ineffective.”

Writer and cinema director, Maryam Ebrahimvand has been denied family visits for about three months. Born in 1991, she is still being held in an uncertain state in Qarchak Prison.