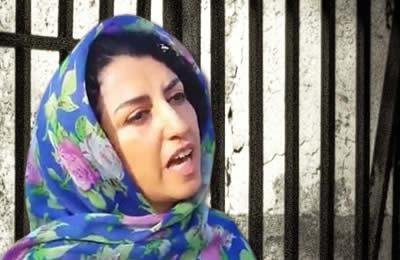 Narges Mohammadi has received “life and sexual threats” in the Prison of Zanjan, while lives of women political prisoners are at risk as the Coronavirus is rapidly spreading all across the country and in all prisons.

Ms. Ozra Bazargan, mother of political prisoner and human rights activist Narges Mohammadi, wrote this in a letter to the head of the Iranian Judiciary, Ebrahim Raisi.

Ms. Bazargan explained the person who has threatened her daughter is an inmate convicted of two murders, robbery and drug trafficking, and prison authorities are aware of the threats made.

Noting that her daughter suffers from GI and lung problems, Ms. Bazargan said “whatever happens to her” in the Prison of Zanjan, the Judiciary must account for it.

Hygiene is far from international standards in Zanjan Prison. Prison authorities have refused to purchase disinfectants even when Narges Mohammadi offered to pay the expense.

Narges Mohammadi was transferred by force to Zanjan Prison in December 2019 after being brutalized by the warden of Evin Prison and other guards.

In the meantime, political prisoners are excluded from the new Judiciary directive to grant leave to prisoners. Some families of Kurdish political prisoners have reported that the Prosecutor’s Office and the Intelligence Department of various cities in Kurdistan have turned down their request for letting their relatives leave prison during the epidemic.

The lives of some women political prisoners who suffering from serious heart and GI complications are particularly in danger as they have been deprived of medical treatment and even after the outbreak of Coronavirus.

Families are endeavoring to have officials grant furlough to their relatives, but their efforts have not reached anywhere, yet. This is despite formal recommendations by doctors in the prison dispensaries to send these prisoners on medical leave due to limited resources in prison that endanger their lives. Among them are:

Zeinab Jalalian, sentenced to life in prison, is imprisoned in the Prison of Khoy in West Azerbaijan Province. She suffers from various illnesses including migraine headaches and a worsening eye condition called pterygium.