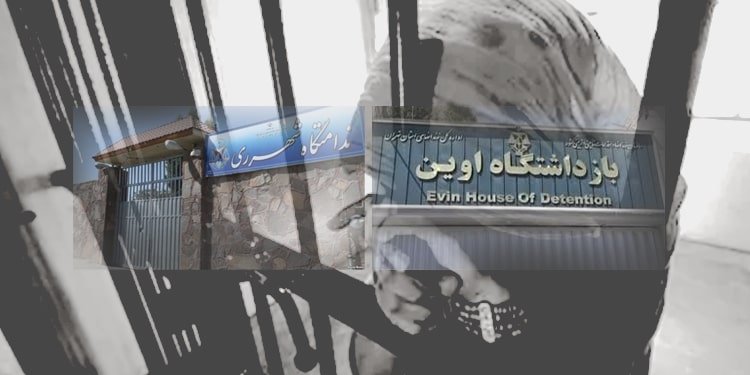 Most inmates of Evin Prison and Qarchak Prison for women remain in jail in horrible hygienic conditions after the outbreak of the coronavirus in prisons. They are not granted temporary leaves.

A few women political prisoners who received temporary leaves, have reported that the conditions in Qarchak prison for women, the women’s ward of Evin Prison and the Kachauii Prison in Karaj are worse than before.

Qarchak or Shahr-e Rey Prison is a disused chicken farm turned into a prison for women. Even before the coronavirus outbreak, the sanitary conditions in this prison were deplorable.

Around March 20, two female prisoners infected with the coronavirus died in solitary confinement due to lack of medical care. The prisoners were initially transferred along with eight other inmates to a newly established ward called, “Bashgah (or club),” where female protesters arrested during the November 2019 uprising are being detained.

As the conditions of the two prisoners aggravated, they were sent to a hospital outside prison, but were turned down and returned to prison.

At this time, they were sent to solitary confinement. One of the prisoners suffered from Hepatitis B. The lifeless bodies of these prisoners have been transferred out of prison to be buried.

They do not even have any handwashing detergent. Each prisoner receives a package of washing powder for one month which is very little.

Some political prisoners including Golrokh Ebrahimi Iraee, Marjan Davari and Raha Ahmadi are still detained in this prison in breach of the principle of separation of different categories of prisoners, and at risk of being infected.

Evin Prison is also infected by the coronavirus. A number of prison guards in this prison have been sent on medical leave because of being infected.

Political prisoner Sepideh Farhan who suffers from stomach ulcer and severe anemia is deprived of going on leave. Her family has travelled several times from Karaj to Tehran and deposited a bail bond to obtain their daughter’s permission to leave, but prison authorities have continued to reject their request.

Evin prison authorities have not adopted any effective measure to cope with or prevent the spread of the coronavirus outbreak. There are no face masks, hygienic supplies like disinfectant gel, etc. in any of the wards in this prison. Only some of the wards have been disinfected only once.

Political prisoners were deprived of much-needed medical and health services and medical leave even before the outbreak.

The majority of physicians and specialists agree that the coronavirus spreads more rapidly in closed areas, even if all hygienic standards are observed. So, the number of prisoners contracting the disease is several times greater. The Iranian Prisons Organization has not adopted any adequate hygienic or preventive measures in prisons to combat the virus.

Based on the statistics compiled by the Iranian Resistance, at least 11,900 persons have died due to the coronavirus in 224 cities across Iran.