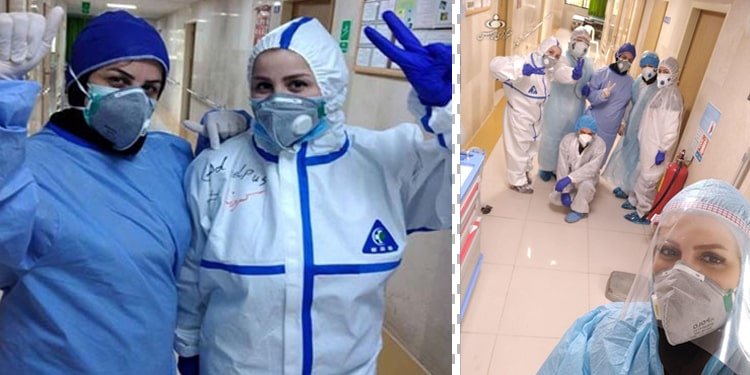 A staggering new report shows that in Qom alone, 170 doctors and nurses have been infected with the Coronavirus, and another 37 have died.

Mohammadreza Zafarghandi, head of the regime’s Medical Council, reported to the state-run daily newspaper, Hamshahri, “Thus far, about 170 doctors and nurses in Qom have been infected with COVID-19, and 37 doctors and nurses have died.”

The Iranian Resistance announced on April 5, 2020, that the death toll due to the Coronavirus in 242 cities across Iran exceeds 18,600.

Meanwhile, Mostafa Moein, head of the Supreme Council of the Medical System and former Minister of Science, Research and Technology, stated, “The government’s actions have been neither successful nor defensible. There has been a lack of alerts or predictions; there was the failure to suspend Mahan Air flights to China and the delay in acknowledging the Coronavirus outbreak. There has been a lack of transparency, or a cover-up, about this outbreak, including repeated unscientific or contradictory statements by state and health officials. There has been a failure to make firm or timely decisions regarding quarantine in the city of Qom. There has been a long delay in implementing both social distancing and restrictions on transportation and inter-city travel. The lack of basic safety facilities and protections for doctors, nurses, and other medical staff has led to the loss of the best and most specialized medical personnel, as well as numerous patients. [Iran’s medical community] is not on par with global standards, and the lack of masks, gloves, and disinfectants on the national level are examples of that inefficiency.”

The spread of the Coronavirus pandemic increases risks to the health and safety of political prisoners in various prisons. Inmates at twelve prisons in Iran have staged riots due to fears of being infected. Some prisoners reportedly have been killed by regime agents.