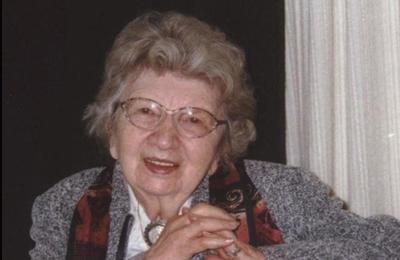 Annemarie Schimmel (7 April 1922 – 26 January 2003) was an influential German Orientalist and scholar who wrote extensively on Islam and Sufism.

Internationally renowned, she was a professor at Harvard University from 1967 to 1992.

Schimmel was born to Protestant and highly cultured, middle-class parents in Erfurt, Germany.

Having finished high school at age 15, she worked voluntarily for half a year in the Reichsarbeitsdienst (Reich Labor Service). She then began studying at the University of Berlin in 1939, at the age of 17, during the Third Reich (1933-1945), the period of Nazi domination in Europe.

At the university, she was deeply influenced by her teacher Hans Heinrich Schaeder, who suggested that she study the Divan of Shams Tabrizi, one of the major works of Jalaluddin Rumi. In November 1941 she received a doctorate when she was only 19 years old. Not long after, she was drafted by the German Foreign Office, where she worked for the next few years while continuing her scholarly studies in her free time.

After the end of World War II in Europe, in May 1945, she was detained for several months by U.S. authorities for investigation of her activities as a German Foreign Service worker, but she was cleared of any suspicion of collaboration with the Nazis.

In 1946, at the age of 23, she became a professor of Arabic and Islamic studies at the University of Marburg, Germany. She was married briefly in the 1950s, but domestic life did not suit her, and she soon returned to her scholarly studies. She earned a second doctorate at Marburg in the history of religions in 1954.

A turning point in Schimmel’s life came in 1954 when she was appointed Professor of the History of Religion at Ankara University. She spent five years in the capital city of Turkey teaching in Turkish and immersing herself in the culture and mystical tradition of the country. She was the first woman and the first non-Muslim to teach theology at the university.

In 1967 she inaugurated the Indo-Muslim studies program at Harvard University and remained on the faculty there for the next twenty-five years.

During the 1980s, she served on the editorial board of the Encyclopedia of Religion, published in 16 volumes (Macmillan, 1988) under the aegis of Mircea Eliade. In 1992, upon her retirement from Harvard, she was named Professor Emerita of Indo-Muslim Culture. During this period, she was also an honorary professor at the University of Bonn. After leaving Harvard, she returned to Germany, where she lived in Bonn until her death in 2003.

Despite her love for Islamic cultures, she remained a devout Lutheran all her life.

Schimmel taught generations of students in a unique style that included lecturing with her eyes closed and reciting long passages of mystical poetry from memory. She was multilingual—besides German, English, and Turkish, she spoke Arabic, Persian, Urdu, and Punjabi—and her interests ranged across the Muslim landscape.

She published more than fifty books and hundreds of articles on Islamic literature, mysticism, and culture, and she translated Persian, Urdu, Arabic, Sindhi, and Turkish poetry and literature into English and German. Her consuming passion, however, was Sufism, the mystical branch of Islam. Even prominent Sufis acknowledged her as one of the foremost experts on their history and tradition.

Praising the work of nurses, medical staff in Iran on World Health Day