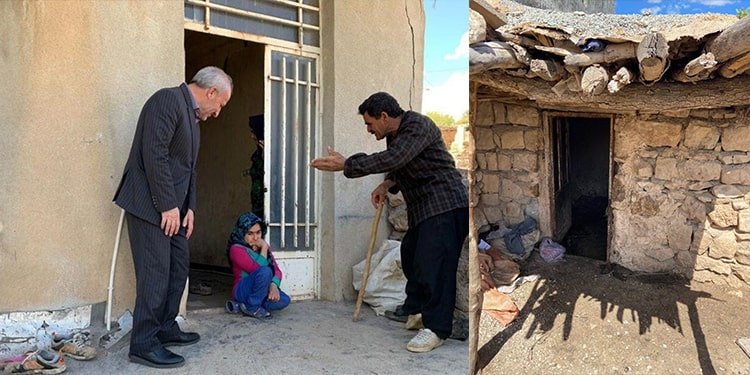 The shocking news of the suicide of an 11-year-old girl in Ilam Province (western Iran) provoked a wave of outrage throughout Iran.

Zahra Hemmati, General Director of the Welfare Organization in Ilam Province, confirmed the news of the suicide of the 11-year-old girl called Zeinab. Hemmati said that Zeinab was the 11-year-old daughter in a family of five. This family, which is covered by the Welfare Organization, is very poor and under economic strain and lack basic amenities.

Zeinab’s father has a physical disability. The family lives in a 50-meter squared home without a roof. The family was told to take out a loan, but they did not have a guarantor to take the loan and therefore were unable to do so.

The extreme poverty of the family and their lack of basic life necessities depressed Zeinab to the point where she eventually committed suicide. Zeinab’s clothes were so worn out and unusable that she tried to burn them so that other children would not see her clothes after her death.

During the coronavirus crisis, the closure of businesses and the unemployment of many workers and employees have made life much more difficult for the majority of Iranians who already lived below the poverty line. However, two months after the outbreak, the regime’s financial aid for families “under strain” has been announced as only about 200,000 to 600,000 tomans ($47.5 – $142.5).

More than 80 percent of the people of Iran live under the poverty line and the middle class has diminished altogether. The poverty line stood at 8 million tomans in 2019, and is forecasted to stand at 10 million in 2020.

Poverty is among the main contributors to suicides among women in Iran. The large number of young mothers and pregnant women among suicide victims is a phenomenon caused by the immense pressure endured by poor and low-income families in Iran. Now, young girls are joining this throng.