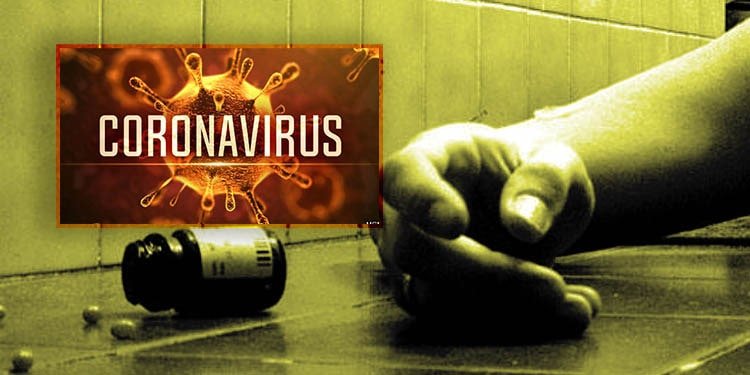 A 53-year-old woman ended her life on April 9, 2020 in a shocking suicide after her son had taken his life two days earlier, and three weeks after her husband had died due to the Coronavirus.

Referring to the heartbreaking suicide, Tarjish Police reported that the woman had killed herself by ingesting aluminum phosphide, known locally as “rice tablets.”

The woman’s son suffered from depression after his father had succumbed to the deadly Coronavirus. His depression was aggravated by the fact that the family was unable to hold a proper funeral or mourning ceremony, and he committed suicide.

The bereaved mother could not bear the loss of both her son and husband. She ended her own life two days after her son’s death (The state-run Rokna news agency – April 12, 2020).

The shocking suicide is an example of women who in the absence of any form of social support in Iran are left totally defenseless while facing often insurmountable challenges.

The catastrophic spread of the Coronavirus in Iran has had a tremendous impact on the population and especially the lower-income families and has contributed significantly to the spread of social harm in society including suicide.

The Health Committee of Tehran’s City Council told Sharq daily on April 15, 2020, that in the best case scenario 70 and in the worst case scenario more than 100 people die due to Covid-19 in Tehran on a daily basis. Such, fatalities are 4,000 to 6,000 only in Tehran.

The regime’s deputy Health Minister also acknowledged that 800,000 people infected in Iran and that the number of those who have died is several times the number that is officially announced by the regime.

In such circumstances, the clerical regime has provided no assistance to any families, and the token aid they have offered is still not granted to anyone.