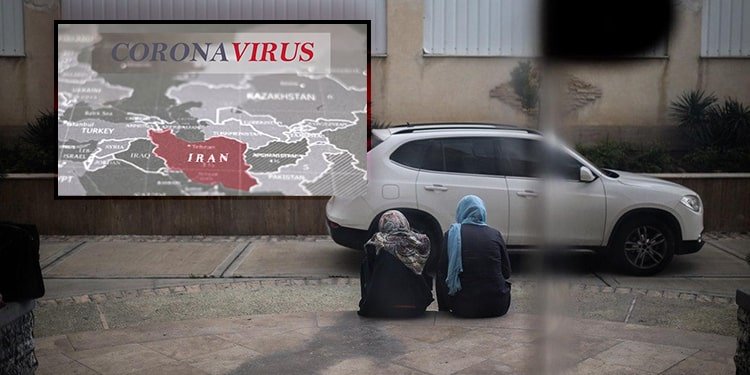 More than three months after the outbreak of the coronavirus in Iran, new angles of social harms brought about by the inefficiency of the government system and associations are revealed every day. The circle of coronavirus victims includes many women from the vulnerable groups. Female workers, heads of households, homeless women, slum dwellers and rural women are among the coronavirus victims.

The damage these women suffer in a society under the rule of the misogynist mullahs’ regime is inconceivable to others in other countries. Impact of coronavirus on the lives of disadvantaged sectors

Zahra Rahimi, executive director of a non-governmental organization, said, “It was not possible for many people to stay home when it comes to preventing infection. How can those who do not even have access to water be expected to wash their hands regularly?” (The state-run ROKNA news agency – April 5, 2020)

A sociologist mentioned the poverty and deprivation of a large section of the population and stated that “the current situation has made the level of vulnerability of the underprivileged, who have suffered a variety of damages even before the crisis, even more critical. The current situation is leading to more people falling below the poverty line. A population that cannot make money in one to two months will be severely damaged. Coronavirus has entered a society of inequality like Iran.”

Under the mullahs’ autocratic rule, the fundamental rights of many deprived and minority groups have been violated. Deprived people see a doctor with long delays. Due to malnutrition, they are more prone to infection and their habitat makes them more susceptible to disease. One of the vulnerable groups are female workers who are working without insurance due to repeated violations of the labor law. According to statistics from the Social Security Organization Research Institute in Iran, 80 percent of uninsured employees in 2017 were women, often in informal jobs.

In fact, the main people who cannot benefit from the compensation wages of their sick days if infected with coronavirus are women. Many of them must work to support their family, and coronavirus will be another nightmare for them in their difficult lives. (The state-run ILNA news agency – April 5, 2020) Very few of the millions of homeless women make their way into presumed safe homes in the country.

The safe house on Shush Street, in south central Tehran, holds 100 of these women. These women are just a few examples of the millions of deprived Iranian women who could have flourished if they had been in better economic and social conditions.

Women left on the streets, women left behind in life, women who became addicts due to poverty. Women who were addicted along with their husbands in order not to lose their families and lives. Women who are forced into selling themselves on the streets due to extreme poverty. These women have experienced all these pains together.

Prior to the coronavirus outbreak, 100 women were admitted to the house, but now about 150 women come daily.

The lives of vulnerable groups are constantly threatened with death and disease.

Many of these people do not even have a shelter and are sleeping on cardboard boxes. But the only thing the government is doing under pressure of the public opinion is offering a token aid which would be deduced from subsidies of low-income families or families with no income in future months.