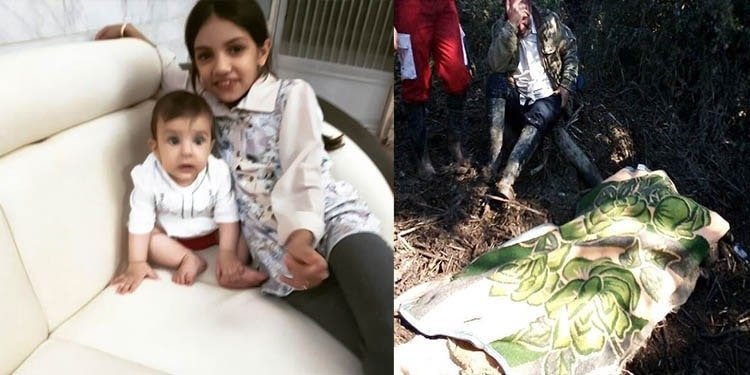 Two female children drowned in a floating car, in front of their family members, during recent flash floods that hit the city of Ardakan in central Iran’s Yazd Province.

The bodies of the girls, who were 1.5 and 9 years old, were found after the flooding had subsided.

According to eyewitnesses, this drowning was one of the most disturbing and shocking sights of the flood. “In the last 48 hours, four people have lost their lives due to severe weather events in Ardakan of Yazd and Delijan in Markazi province,” announced Mojtaba Khaledi, a spokesman for the emergency services.

Floods in Iran hit 14 provinces on April 9, 2020. Another four provinces were affected on April 14, 2020, and it is expected that another two provinces will suffer devastating flood effects in the coming days.

In Iran, the heavy floods of 2020 have only added to people’s current problems. The floods are particularly devastating to women, who are already under immense pressure due to the Coronavirus outbreak.

In Iran, flood victims – including those most recently affected – have been left totally defenseless in the face of natural disasters. The mullahs’ kleptocratic regime has completely abandoned its responsibilities toward citizens during the Coronavirus crisis. The regime has yet to take any measures to send aid to residents of flood-hit areas.

Prior to the COVID-19 pandemic, at least 12 million Iranian citizens were devastated by heavy flooding in the Spring of 2019. At that time, at least 20 women (including female children) died during the floods. Survivors were forced to cope with the resultant damage and trauma without adequate state support.