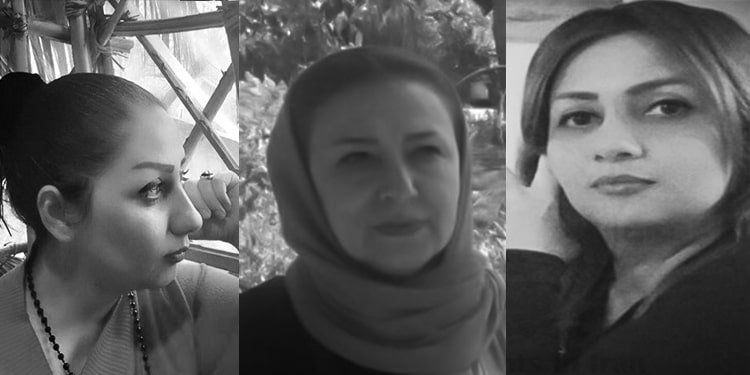 Women civil activists in Iran continue to be summoned to serve their prison sentences, despite the fact that all prisoners must be released during the Covid-19 pandemic.

On April 15, 2020, female labor activist, Nahid Khodajo, was summoned to serve her sentence at Evin Prison. The Court gave her five days to turn herself in.

Nahid Khodajo is a member of the board of directors of the Free Trade Union of Workers in Iran. She was sentenced to 6 years in prison and 74 lashes, a verdict that was upheld by the Court of Appeals.

Several women civil activists have been summoned to serve their sentences, even as the Coronavirus has continued to spread in Evin Prison. All political prisoners in the women’s ward are at risk of contracting the deadly virus.

Meanwhile, another female civil rights activist, Narges Mansouri, was threatened and summoned to serve her sentence. Several members of the security forces, along with a representative of the Evin Prosecutor’s Office, entered her sister’s house to arrest Ms. Mansouri on April 13, 2020.

Ms. Mansouri was absent at the time, but the security forces threatened and insulted her sister. They eventually contacted Ms. Mansouri and told her she had to surrender to Evin Court by the morning of Tuesday, April 14, 2020.

In another development, Nasrin Hassani, a journalist and women’s rights activist, was summoned to the Bojnurd City Court. The stated reason for her summons was “propaganda against the state,” although it is unknown as to who filed suit against Nasrin Hassani.

Several women imprisoned in Qarchak Prison in Varamin were taken to Sina Hospital due to their deteriorating health after being infected with the Coronavirus. Many other women are still being held in the prisons of Evin, Qarchak, Urmia, Ahvaz, and Zanjan, as well as in many other cities, and deprived of prison leave.