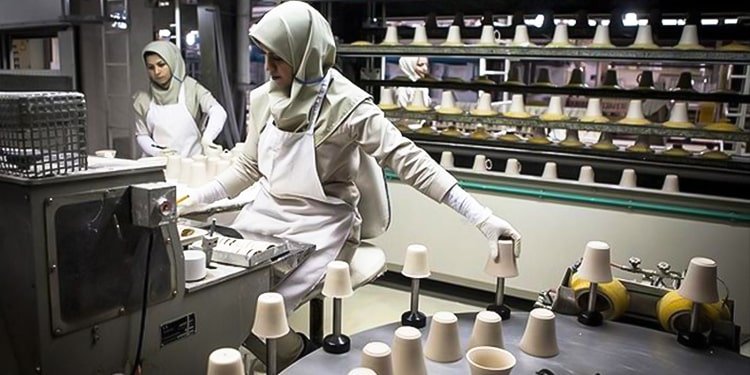 At least 85% of kindergartens in Iran have been privatized. As a result, kindergarten has become unaffordable for many women workers.

Some women workers have no choice but to send their children to kindergarten. However, with the increase in privatization and the decrease in the number of public kindergartens, female Iranian workers face additional challenges. One of them is caring for their children while at work.

Asked about the sharp decline in the number of public kindergartens, Habibollah Masoudi Farid, Deputy for Social Affairs of the Welfare Organization said, “Since the necessary funding for public kindergartens is not provided, the percentage of coverage has also decreased” (The state-run ILNA news agency – April 19, 2020).

Meanwhile, tuition at private kindergartens can run anywhere from 15 million to 30 million Tomans per year.

Speaking about the challenges women workers face when they have to take care of their children during work hours, one woman pointed out, “This problem, along with the other challenges that we working women face – whether we are teachers or laborers – reminds us of the harsh conditions in which we live. “

Gender discrimination and the significant wage gap, in many sectors, have created significant difficulties for women who must both work outside the home and take care of their children. Adding to the problem is that women are paid less than men, even in low-wage and informal jobs. The wage disparity creates additional concerns among women, many of whom can no longer afford the high cost of living and the escalating kindergarten fees.

The working woman continued, “When tuition is 2 million Tomans per month, it is certain that low-income female workers or freelance teachers simply cannot send their children to these kindergartens.”

According to Rasoul Khezr, member of the Social Committee of the mullahs’ parliament, the poverty line for urban families is close to 5 million Tomans ($1,200). In Tehran, it is close to 10 million Tomans ($2,400) (The state-run Donyay-e Eqtesad website, November 30, 2019).