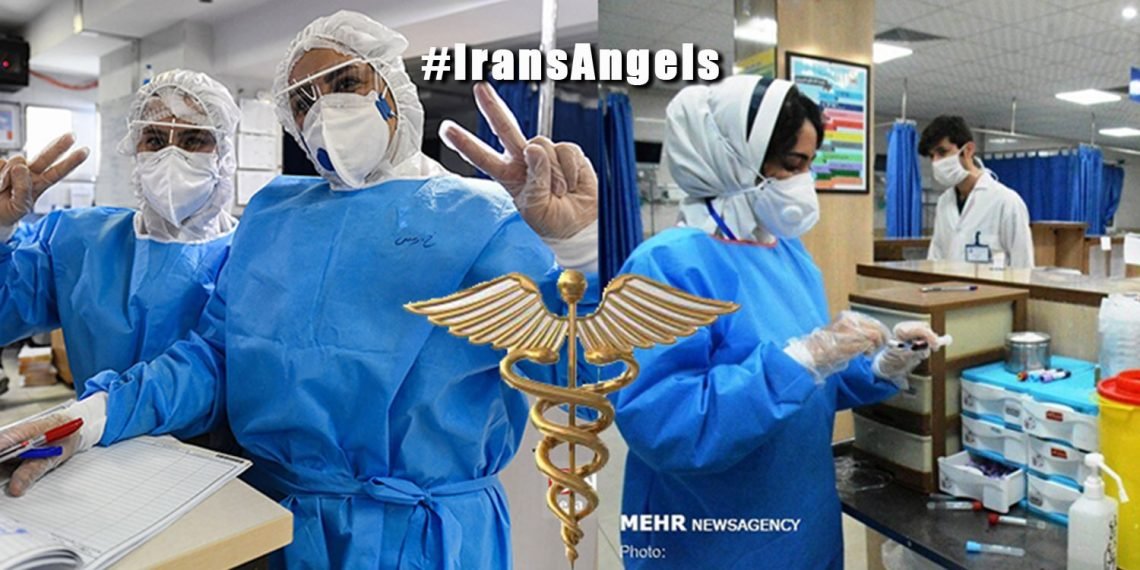 The Iranian regime’s refusal to support hospitals, and private hospitals in particular, has led to bankruptcy and expulsion of nurses.

Private hospitals which do not admit COVID-19 patients are widely firing their nurses. This comes at a time when the shortage of nurses and infection of a good number of the medical staff are bringing increasing pressure on healthcare workers.

At the Atiyeh Hospital in Tehran alone, half of the 1,200 the medical staff have been laid off because the hospital has no budget. The remaining physicians, nurses and other staff members can only be paid for 20 days a month because the hospital lacks the financial resources to continue working.

In another private hospital in Tehran, more than 30 nurses were fired.

In a private hospital in Mashhad, another 30 nurses were also dismissed from their jobs. (April 14, 2020)

In addition, a large number of nurses working in the private sector lost their jobs in February, March and April 2020. Amid the COVID-19 pandemic, many businesses were shut down, and most day laborers and private sector workers lost their incomes. Clinics and hospitals were expected to be more active due to high demand and the need for health services, but in Iran, due to the regime’s inefficiency in crisis management, private sector hospitals are going bankrupt and nurses are being fired at a time when nurses and hospitals are needed the most.

The official IRNA news agency reported on April 7, 2020, that many hospitals were forced to lay off their workforce and say goodbye to their staff! The reason for the financial problems of private hospitals stems from delayed payments by insurance companies and the government’s social security organization.

The state-run Hamshahri newspaper cited Iraj Khosrownia, the Chairman of the Internal Medicine Community of Iran, on April 7, 2020, as saying, “Unfortunately, the hospitals are on the verge of bankruptcy and this includes the public sector and the 3rd and 4th grade private sector hospitals.” As a result, hospital managers declared that hospitals of the private sector have started to fire some of their staff members to prevent their bankruptcy.

The Shahrvand newspaper also wrote on April 7, 2020, “With some private hospitals going bankrupt, many nurses, doctors and medical staff have lost their jobs.”

Citing a private hospital nurse in Tehran, the state-run Shahrvand newspaper wrote that the nurses who get fired are reluctant to complain as they do not want to ruin their chances for a possible re-employment when the situation gets better.

In another shocking example, a nurse said that even some of her colleagues who have contracted the COVID-19 virus have also been fired.

In Iran, the majority of the nurses’ community are women. Clearly, the first damage will be done to the lives of female nurses and the damages will increase in the future.

Under these circumstances, the Ministry of Health has called on nurses to join government hospitals with 89-day contracts in order to make up for staff shortage while it also made it clear that signing short term contracts will not create any obligation for the hospitals to employ the nurses later on permanent contracts.

Shortage of disinfectants due to hospital bankruptcy

Hossein Kermanpour, public relations director for the Medical Organization of Iran said that most private hospitals have faced a serious economic crisis. Rising health costs amid the coronavirus crisis have pushed these hospitals to the brink of bankruptcy. Hospitals must buy disinfectants from the open market through intermediaries at expensive prices. They do not have easy access to these items. On the other hand, supplying expensive masks and protective equipment for the staff is also very expensive.