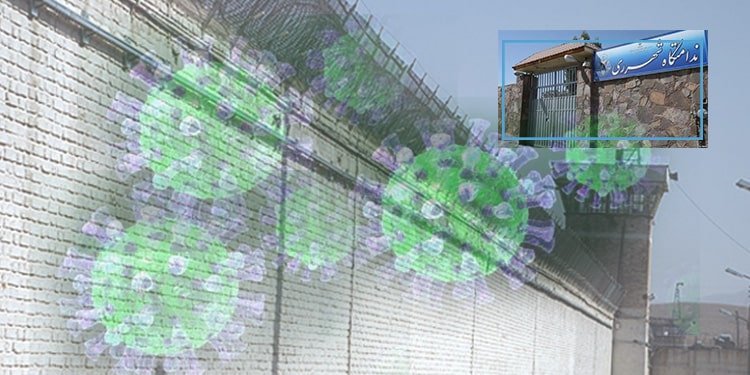 Three women political prisoners were transferred from Tehran’s Evin Prison to Qarchak Prison, despite several reports of coronavirus chaos there.

Iran’s prisons are notorious for chronic issues of hygiene, overcrowding, and poor healthcare. Prison conditions are such that they are a breeding ground for disease, and prisoners are highly susceptible to becoming infected.

The three women prisoners were arrested on February 24, 2020 and transferred to the Ministry of Intelligence Detention Center (Ward 209 of Evin Prison).

Forough Taghipour, 25, contracted the coronavirus in prison but was denied the right to go to the hospital to seek medical treatment. Her mother, Nasim Jabbari, was arrested the same day, but released from prison during the recent Nowruz holiday.

Parasto Moeini also suffers poor health but has been denied medical treatment. She continues to exhibit symptoms of various illnesses but cannot obtain a formal diagnosis.

After the women contracted the coronavirus while under quarantine in Qarchak Prison, they were transferred to Ward 5. The sanitary conditions during the coronavirus chaos in this facility have deteriorated. It is expected that the other prisoners are increasingly likely to become infected with the virus.

Zahra Safaei endured time behind bars as a political prisoner from 1981 to 1989. She was arrested again in 2006, and subsequently banished to the Prison of Qazvin in 2009. Her father, a prominent figure in the Tehran business community, was executed in 1982 on charges of supporting the People’s Mojahedin Organization of Iran (PMOI/MEK).

In other news, prisoner of conscience and Christian convert Mary Mohammadi was sentenced to three months in prison and 10 lashes. Her trial was held on April 14, 2020.

In another development, Sakineh Parvaneh, who had recently been transferred to Aminabad Psychiatric Hospital, was transferred to Qarchak Prison’s quarantine ward.

Eyewitnesses reported that when Ms. Parvaneh, a political prisoner, arrived at the prison, her face was bruised and swollen. Rather than receiving medical treatment, she is being held in a quarantine ward in Qarchak with no access to medical care.