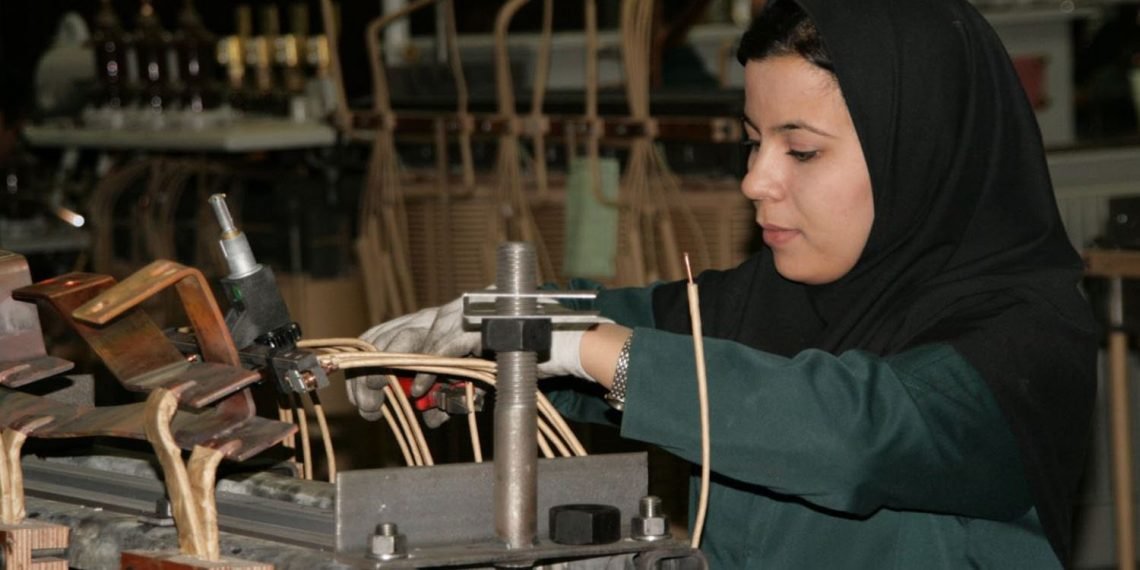 As the world is observing the International Workers Day, workers in Iran and particularly Iranian female workers are going through tremendous pressure as never before. They are the main victims of the shutdown of factories, workshops and other productions units after the outbreak of the coronavirus. In the absence of any source of income, savings or any form of government support, Iranian workers live in deplorable conditions.

The coronavirus pandemic has posed a great challenge to the world’s economic powers. But it poses a much serious challenge to Iran’s paralyzed economy which suffers from a kleptocratic dictatorship that exacts the price from workers and the weaker sectors of society.

Official estimates of the number of unemployed workers in Iran was at 3 million even before the pandemic. The actual figure is believed to be much higher. But whatever the numbers, the COVID-19 crisis has inflated it.

“Some 600,000 officially hired workers have been laid off in the short period spanning from March 15 up until early April,” wrote the state-run daily Sharq newspaper, on April 24, 2020.

The state-run ILNA news agency reported on April 21, 2020 that the number of women expelled from their jobs in winter 2020 rose by 145,000 compared to the previous year. ILNA wrote, “Some experts believe that the statistics presented officially do not reflect the reality of Iranian women’s occupation and economic activities.” The lack of government support for the industries and employers during the coronavirus outbreak, has compelled them to lay off their workers. Just as in every other economic crisis in Iran, the first victims of such lay-offs have been Iranian female workers, most of whom are their families’ breadwinners.

It is expected that during and after the outbreak, more women would be laid off or made to work without being paid.

Iran’s job market is male-dominated. Official estimates are that only 5% of the total number of workers in Iran are women. In reality, however, most Iranian female workers are hired by informal sectors and are not accounted for in the official statistics.

“The unfair conditions in the job market lead women towards informal employment. This form of occupation has an adverse impact on women’s financial situation both at present and in future. Not only the peddler women we see in the metro stations or on the sidewalks, but a considerable portion of government employees and female workers will also be laid off without being able to receive any unemployment insurance. We know that there are a large number of women who are working based on bilateral agreements with their employers.  Secretaries who work in the doctors’ offices, public service workers, employees of private offices, etc. work for less than one million tomans ($60) a month and without insurance,” said Mahnaz Ghadirzadeh, a work relations expert, in an interview. (The state-run ILNA news agency – April 11, 2020) Tayyebeh Siavoshi, an MP, asserts, “Unfortunately, due to serious financial need, many female workers accept to work in any place with salaries between 400,000 and 500,000 tomans a month ($25-$30). These (workshops) do not abide by the law, do not pay any benefits or provide any facilities to female workers. The employers can fire them at any time of their liking… For example, the benefits for married women is not paid to them most of the time.” (The official website of the Directorate for Women and Family Affairs www.women.gov.ir – May 1, 2019)

The majority of Iranian female workers are women heads of household most of whom are daily laborers and do not have insurance. (The official IRNA news agency – May 3, 2019) These workers are not going to be able to use the benefits of sick days’ compensation if they get infected with COVID-19.

In addition to the women who work in the informal sector workshops, there are many women who work at home but do not manage the sale of their products and their own income. They do not even earn as much as the women who work in small workshops with less than 10 workers. Many of the women heads of household work at home, weaving carpets or making food products… to earn their living. Some women also do the cleaning and other housework in other houses. They have to do heavy jobs for very small wage, without insurance, leaves or any other benefits. An overwhelming majority of day laborers

“More than 96 percent of workers are registered as working on temporary contracts. And some 3 million informal workers work in unlicensed workshops on daily wage and without insurance,” wrote the state-run Iran daily newspaper wrote on April 28, 2020.

So, formal workers have virtually disappeared in Iran and the majority of workers are working on contracts or on temporary agreements. A large number of laid-off workers are from among those who do not have contracts.

Many governments have considered to grant support to their workforce during the coronavirus crisis. In Iran, the government support for the low-income sector was limited to one-million-toman loans ($60) to those who were on the list of subsidy recipients.

The government has not yet proposed any plans to support workers’ rights during the pandemic and afterwards. Even if the authorities deliver on their hollow promises, the compensations would go only to the formal sectors. Those working in the informal sector, the majority of whom are women, will not be considered for compensation.

The Iranian regime has lifted the restrictions since April 11, 2020, and ordered vast portions of the populace back to work without enforcing any social and hygiene protocols to prevent the spread of the virus.

In an article published by the official IRNA news agency on April 11, Rouhani’s government spokesman Ali Rabii explained why they sent millions of Iranians to their deaths amid the pandemic: “More than 1.5 million formal and informal workshops have come to a halt. 4 million informal workers have experienced stoppage or reduction of their activities, deduction from their wages, and even dismissals… In case of a long-term shutdown, the number of unemployed would reach more than 4 million. To compensate for their salaries, with a maximum monthly payment of 2 million tomans for three months, (the government) needs to have a credit worth 24 trillion tomans.”

Conservative estimates based on reliable information obtained by the Iranian Resistance from inside Iran indicate that the number of fatalities due to the coronavirus in Iran has reached nearly 38,000 in more than 300 cities. And yet, governors and medical authorities say the disease has not reached its peak in any city.