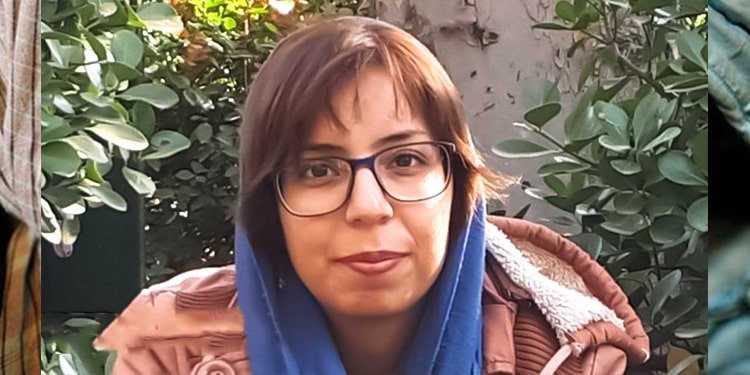 Despite the horrible conditions and the spread of the coronavirus in Iranian prisons, the Iranian Judiciary keeps summoning and sending more people including women civil activists to prison.

It was reported on April 30, 2020 that Soha Mortezaii has been summoned to serve her prison term. Ms. Mortezaii holds a master’s degree in political sciences from Tehran University and is the former secretary of the students’ council.

Soha Mortezaii was arrested in January 2018 and subsequently sentenced to six years in prison and deprived of continuing her education for taking part in the student protests in December 2017-January 2018.

On October 12, 2019, she started a solo sit-in on the university’s campus for 21 days in protest to this unfair ruling. The Appeals Court later commuted her sentence to one year.

Soha Mortezaii was arrested again on November 17, 2019. Intelligence Ministry agents brutalized her outside the Fatemiyeh Dormitory of Tehran University, then apprehended and transferred her to the IRGC’s Ward 2A in Evin Prison.

In January 2020, Ms. Mortezaii protested to the injustice done to her by going on hunger strike. Ultimately, after depositing a 500-million-toman bail, she was released from Qarchak Prison on January 22, 2020. In another development, twitter activist Ashraf Nafari was arrested in Shahriar by Intelligence Ministry agents on April 26, 2020. Ms. Nafari who studies math in Tehran’s Khajeh Nassir University, was subsequently sent to Qarchak Prison after her interrogations were finished. A bail of 600 million tomans was set for her release.

Ashraf Nafari moved to her father’s house, after the university’s dormitory closed down. The Intelligence Ministry’s agents did not offer any explanation before taking her away.

On the eve of the International Workers day on April 30, 2020, Shahla Delbina and her husband, labor activist Sharif Sa’edpanah who is a member of the boards of directors of the Free Workers Union of Iran, were called on the phone and summoned to the Intelligence Department of Sanandaj where they were interrogated.