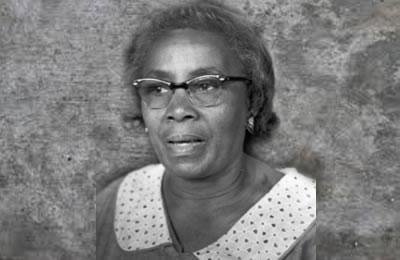 Women in History – 3 May

Septima Poinsette Clark (May 3, 1898–December 15, 1987) was an American educator and civil rights activist.

Clark developed the literacy and citizenship workshops that played an important role in the drive for voting rights and civil rights for African Americans in the American Civil Rights Movement. Septima Clark’s work was commonly under appreciated by Southern male activists. She became known as the “Queen mother” or “Grandmother” of the Civil Rights Movement in the United States. Martin Luther King, Jr. commonly referred to Clark as “The Mother of the Movement”. Clark’s argument for her position in the Civil Rights Movement was one that claimed “knowledge could empower marginalized groups in ways that formal legal equality couldn’t.”

Clark was born in Charleston, South Carolina in 1898. Her life in Charleston was greatly affected by the era of Reconstruction, as well as power relations during the time. Charleston was strictly segregated and harshly divided by class. Her father, Peter Poinsette, was born a slave on the Joel Poinsette farm between the Waccamaw River and Georgetown. Joel Roberts Poinsett was a distinguished US politician of his time. Peter was a house servant to Joel and his main task was taking the children to and from school each day. In an interview with Robert Penn Warren for the book Who Speaks for the Negro?, Clark explains how these experiences with her education, as well as her early experiences with growing up in a racist Charleston and teaching in the slums, prompted her to want to work towards civil rights.