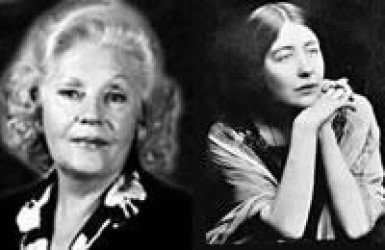 Women in History – 5 May

Irene Opdyke (born Irena Gut, 5 May 1922, Kozienice, Poland – 17 May 2003) was a Polish nurse who gained recognition for aiding Jews persecuted by the Nazis during World War II and for saving twelve Jews.

In 1942, Irena Gut witnessed Nazi soldiers throw a baby into the air and shoot the child dead. During the German occupation, Gut was hired by Major Eduard Rügemer to work in a kitchen of a hotel. She would take food from the hotel and smuggle it to the local ghetto.

Later, she smuggled Jews into the woods and delivered food to them there as well. Rügemer then asked Gut to work as a housekeeper in his villa. She hid 12 Jews in the cellar and each day they would come out and help her clean the house.

In 1944, she and several Jews fled until Russian forces occupied Poland. After the war, she made her way to West Germany and then to the United States.

In 1982, she was recognized and honored by Yad Vashem as Righteous Among the Nations.

Estelle Sylvia Pankhurst (5 May 1882 – 27 September 1960) was an English campaigner for the suffragette movement in the United Kingdom. She was for a time a prominent left communist who then devoted herself to the cause of anti-fascism.

Estelle Sylvia Pankhurst was born in Manchester, a daughter of Dr. Richard Pankhurst and Emmeline Pankhurst, members of the Independent Labour Party and (especially Emmeline) much concerned with women’s rights. She and her sisters attended the Manchester High School for Girls. Her sisters, Christabel and Adela, were also suffragists. She trained as an artist at the Manchester School of Art, and, in 1900, won a scholarship to the Royal College of Art in South Kensington. In 1907, she toured the industrial towns of the North of England and in Scotland painting working class women in their work environment.

In 1906, Sylvia Pankhurst started to work full-time with the Women’s Social and Political Union (WSPU) with her sister and her mother.

In the early 1930s, Pankhurst drifted away from communist politics, but remained involved in movements connected with anti-fascism and anti-colonialism.

She responded to the Italian invasion of Ethiopia by publishing The New Times and Ethiopia News from 1936, and became a supporter of Haile Selassie. She raised funds for Ethiopia’s first teaching hospital and wrote extensively on Ethiopian art and culture.

She died in Addis Ababa in 1960, aged 78, and received a full state funeral at which Haile Selassie named her “an honorary Ethiopian”. She is the only foreigner buried in front of Holy Trinity Cathedral in Addis Ababa, in a section reserved for patriots of the Italian war.