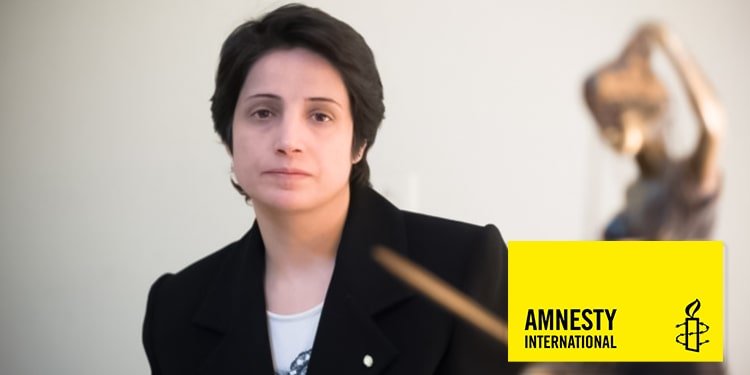 Amnesty International calls for the release of all prisoners of conscience

The global human rights movement Amnesty International issued a statement on May 4, 2020, calling for “the immediate and unconditional release of all the prisoners of conscience” worldwide, who are now “at heightened risk due to the COVID-19 pandemic.”

“As this devastating virus sweeps across the globe, prisons are at risk of becoming dangerous hotspots for COVID-19. It is more important than ever that states take urgent measures to protect all those who are behind bars, including by releasing all individuals who are held simply for peacefully exercising their rights,” said Sauro Scarpelli, Deputy Campaigns Director at Amnesty International.

“Prisoners of conscience have not committed a crime, and yet they continue to be arbitrarily detained in conditions that are now becoming increasingly perilous. The overcrowding and lack of sanitation in many prisons around the world make it impossible for detainees to take preventive steps against the disease, such as physical distancing and regular hand washing. Their unjustified detention is putting them at heightened risk.”

The AI statement also called for the release of Iranian prisoner of conscience Nasrin Sotoudeh.

“Iranian human rights lawyer Nasrin Sotoudeh is also a prisoner of conscience. Arrested on 13 June 2018, she was sentenced to 38 years and six months in prison and 148 lashes after two grossly unfair trials. The charges against her relate to her opposition to forced veiling laws, including ‘inciting corruption and prostitution’ and ‘openly committing a sinful act…by appearing in public without a hijab’; as well as her activism against the death penalty.”

Amnesty International also urged world governments to “review cases of people in pre-trial detention as well as children, and consider the early, temporary or conditional release of people at particular risk, such as older people and those with underlying medical conditions.”