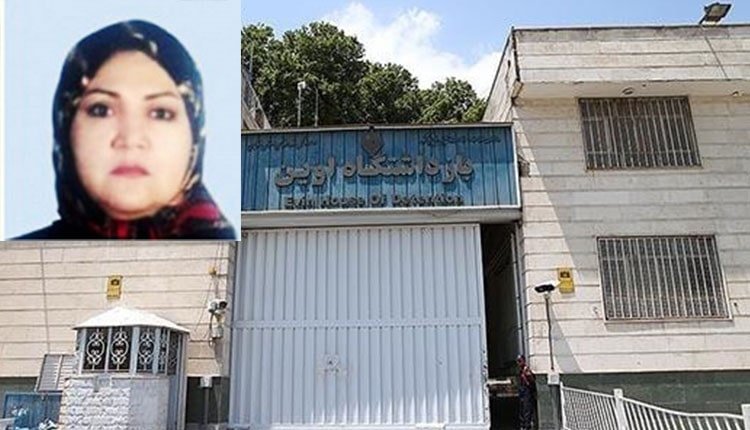 Political prisoner Fatemeh Mosanna was arrested on May 6, 2020, by prosecutors and transferred to Evin Prison to complete her sentence. She had been released on bail from the Evin Prison women’s ward on March 31, 2020.

According to a source close to the family of this political prisoner, officers introduced themselves as agents of the prosecutor’s office before handcuffing Fatemeh Mosanna. As part of this brutal act, the officers arrested Ms. Mosanna without notice, and in front of her daughter and son, on May 6, 2020.

On January 28, 2013, Fatemeh Mosanna and her husband Hassan Sadeghi were arrested with their two children, because they had held a funeral service for Hassan Sadeghi’s father, who was a member of the People’s Mojahedin Organization of Iran.

At the time of the arrest, the authorities sealed Ms. Mosanna’s and Mr. Sadeghi’s house. Their daughter was released from prison after three days, and their son, a minor, was released after about a month and a half of interrogation.

Fatemeh Mosanna was held in solitary confinement in Ward 209 of Evin Prison for about five months. After a year of detention and interrogation, she was released on bail, pending trial.

The Tehran Revolutionary Court sentenced Fatemeh and her husband to 15 years in prison each. Fatemeh Mosanna was arrested on September 30, 2015 and transferred to Evin Prison.

In other news, labor activist Nasrin Javadi was arrested during a gathering on International Workers’ Day in 2018. She was sentenced by an appeals court to five years in prison. Nasrin Javadi is a member of the Free Trade Union of Iran.

The labor activist had previously been sentenced to 74 lashes and seven years in prison.

Women in History - 8 May