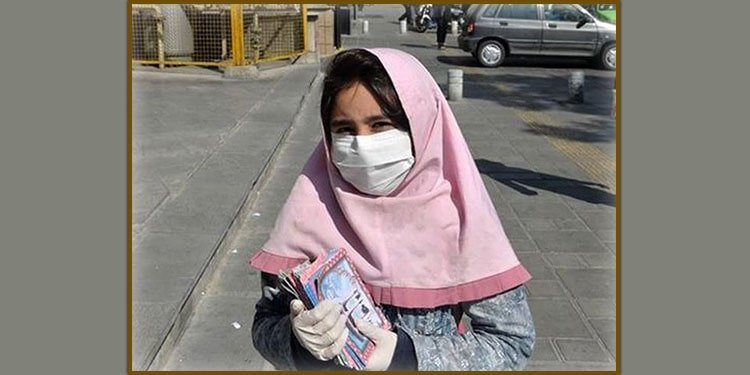 A young girl working in the streets of Isfahan was assaulted by several men who doused the female child laborer with gasoline intending to burn her.

On the Saturday night, May 2, 2020, several men attacked the female child laborer in Enqelab Square in a bid to rob her day’s income. Facing the little girl’s resistance, they doused her with gasoline and set her alight. Fortunately, some passers-by arrived and extinguished the fire before it causes severe injury.

Due to widespread poverty in Iranian society, millions of Iranian children have to work in factories, workshops, buildings, streets, and houses of other people to have some income. Most of these child laborers are helping their families earn a living, or are themselves in charge of supporting the family. (The state-run Asr-e Iran website – May 10, 2020)

The problem of child laborers is very serious in Iran. The Iranian regime Iran is a State Party to the Convention on the Rights of the Child (CRC) (1994), however, it does not abide by its obligations under this convention which ban child labor.

This problem has aggravated in recent years in step with growing poverty in Iran. Young girls work in the streets as peddlers or collect garbage. Sometimes, they are abused by municipality agents, and sometimes, they are attacked by thieves or rabid dogs.