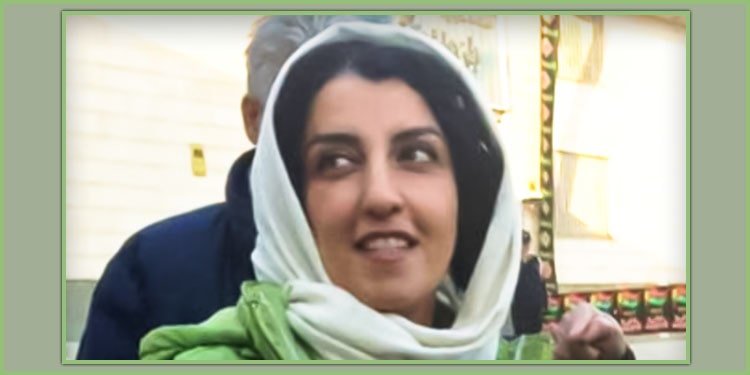 Political prisoner Narges Mohammadi refused to attend an interrogation session in which she would have provided her latest defense on the new charges brought against her.

In February 2020, this political prisoner was informed of two new cases against her. Narges Mohammadi’s last  hearing was on May 5, 2020, in the presence of the investigator at Branch 2 of the Zanjan Prosecutor’s Office, in the women’s ward of the Prison of Zanjan.

Narges Mohammadi called the accusations against her baseless and false.

She also declared that the accusations were in clear violation of the Constitution and the Universal Declaration of Human Rights, as well as a violation of her own human rights.

“So far, I have been sentenced to 23 years in prison by three branches of the Revolutionary Court. Now that the trials for my last two cases have been completed, I am announcing that I will not appear in the judiciary’s Kangaroo Court.”

“I stand behind all of my activities inside Evin Prison, as well as the meetings I have attended, the positions I have taken, and the statements I have made during my years in prison. I am paying the price for this in exile and while being subjected to the inhumane conditions imposed on me.”

She continued, “I consider the actions of the Ministry of Intelligence, Rouhani, and the director of Evin Prison and the Prisons Organization to be biased, and against both the law and human morality, and I will not remain silent in the face of this injustice.”

On February 22, 2020, six new charges were filed against the political prisoner.

She was indicted without a court appearance and the law was enforced in the women’s ward.