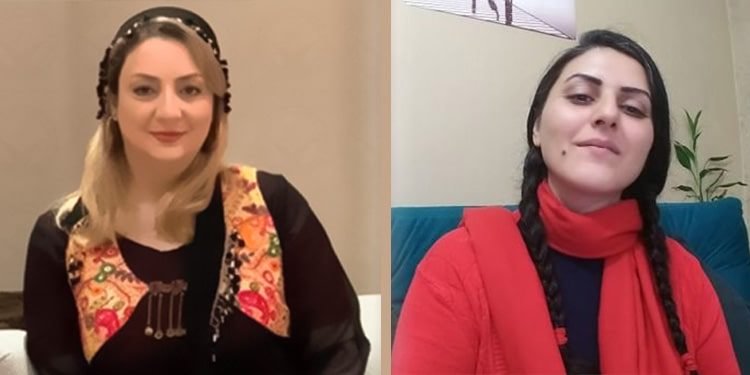 More than ever, the COVID-19 pandemic is threatening the lives of women political prisoners.

Golrokh Ebrahimi Iraee is being held in Qarchak Prison in Varamin, where her life is in danger.

Golrokh, a political prisoner, is being held in a ward with common criminals, in violation of Iran’s regulations on the separation of inmates. Moreover, according to credible reports, at least 100 women in the ward have been infected with the Coronavirus.

After being released from prison, Golrokh was re-sentenced, this time to three years and seven months. In Qarchak Prison since November 9, 2019, she has been denied leave.

In another form of pressure on civil activists, the regime is issuing new sentences in the middle of the Coronavirus crisis.

The Revolutionary Court of Tehran held an in-absentia hearing on May 13, 2020, against Jila Makvandi.

Arrested in Tehran on November 12, 2019, the civil activist was sentenced to six years in prison.

Jila Makvandi wrote, “I have been sentenced, in absentia, to six years – just as the IRGC intelligence interrogator threatened during the interrogation!”

In August 2018, Ministry of Intelligence agents ransacked her home and subjected her to pressure for protesting the compulsory hijab.

An arrest warrant for a translator and researcher

Nowshahr Judgment Enforcement Branch has issued an arrest warrant for Mojgan Kavousi, a translator and researcher. Mojgan is among the detainees of the November 2019 uprising.

Earlier, Mojgan Kavousi‘s sentence was increased to six years and four months in prison during the appeals process.

The issuance of warrants for convicts can make it especially difficult for them to apply for parole or request leave.